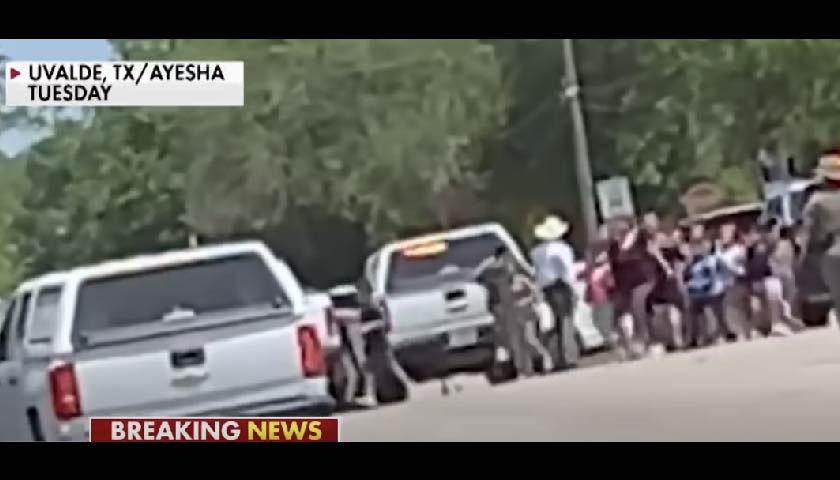 There are a lot of questions right now about police officers who refused to enter the school and engage the shooter, 18-year-old Salvador Ramos.

Onlookers who stood outside while the shooter was active, reportedly “begged” police to enter, but they refused.

Obviously, this needs to be investigated, because how many lives could have been saved had the police entered the building right away?

What we do know is that a border patrol agent rushed into the building alone, with no backup, and eliminated the mass shooter.

This happened even after the Border Patrol Agent was injured in the shootout.

We’re now learning more about this hero who saved more lives, thanks to his selfless quick thinking and bravery.

He was off duty when he ran into the building.

He’s from a very elite tactical “special forces” unit. The agent, a member of CBP’s Border Patrol Tactical Unit (BORTAC), rushed into the school while the shooter was still active and began exchanging rounds with the gunman, who was barricaded inside a fourth-grade classroom, NBC and Fox reported.

The officer was injured during the shooting but he managed to “eliminate the threat” and kill the shooter before he could commit more carnage, law enforcement sources told NBC.

The agent, part of CBP’s Del Rio sector, was trained in a manner similar to US special forces. BORTAC agents are taught to handle terror threats abroad and other chaos, such as riots at ICE detention facilities.

Thank GOD for this brave man, I shutter to think how much worse things could have been without him.

And to think, not so long ago, Dems were pushing to defund Border Patrol.

I wonder how they feel about that bonehead idea now?