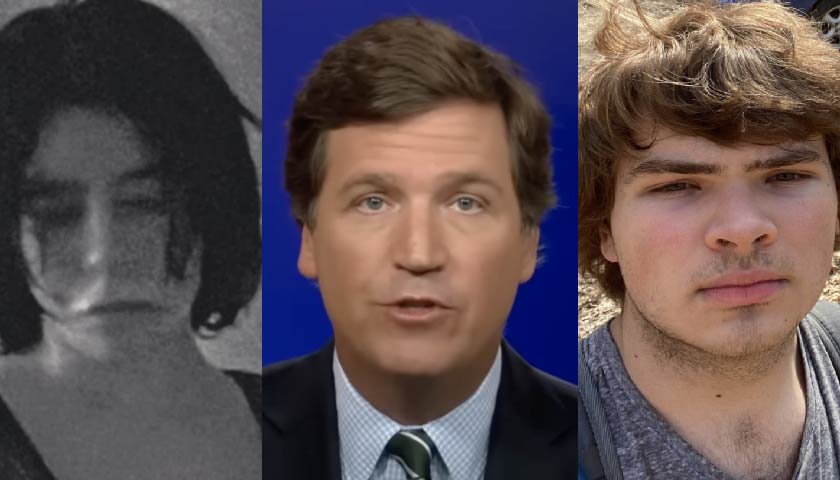 In the past two weeks, two teenage boys have committed some of the most heinous and violent crimes our country has ever seen.

What is going on?

Is it mental illness? Likely yes, but it’s probably more than that.

The parents of Payton Gendron, the communist “left-wing authoritarian racist” who shot up a Buffalo supermarket, blame some of his issues on the Dems COVID tyranny. Almost as if he went down a dark, ugly rabbit hole when he was forced to lock himself down and lose two years of his young life.

The teenage mass shooter who killed 19 innocent young kids in Texas was a dark, creepy social misfit who spent most of his time playing violent video games and cutting up his face for “fun.”

Clearly, these are not normal kids, but are they an exception, or is there a serious growing problem with Generation Z’s teenage boys?

Tucker Carlson discussed that very topic in this brilliant and must-watch segment.

“Sorry Tucker. You’re making too much sense for people that have and or want an instant gratification to their agenda. Oversimplification in the form of gun control / confiscation is what they want… and what I won’t allow!”

“What you don’t hear is how many of these types of attacks are thwarted largely because students become aware of threats-mainly through social media and pass them on. I teach in a rural district and over the past 20 years probably 5-6 warning have come from kids. In the days to come, you’ll hear local school officials or state school officials talking about all they’re doing to protect students. It’s all bullshit. Your principal or superintendent is basically a teacher with a tie on. What do they know about security and safety other from what they hear at conferences. Nothing. If you’re not actively looking in your community for the nut cases, you are already behind the eight ball.”

“Remove God and anything is allowed.”

“For decades the Marxists and the Democrat Party, one and the same these days, have worked to destroy the nuclear family by making women believe that Big Daddy government will be their provider. They encouraged divorce, spread drugs, eliminated God from the public square, eliminated punishment and discipline, and encouraged hedonism, sloth, greed, crime and promiscuity. That society has become what it is should surprise no one. Boys raised without fathers are going to be a problem, period. Mothers simply cannot provide the discipline it takes to raise a boy to be a responsible adult man. Until that is corrected, this will continue.”

While Dems want to talk about gun bans, the rest of us are talking about this — the heart and root of the issue and trying to figure out what’s going on, and what the common thread is, that links these broken souls together.

How do we fix this, so that hopeless young men don’t want to throw their lives away, and take out as many people as they can, in the process?

THIS is what America needs to be talking about, not politicizing yet another tragedy, the way Dems always do.

These kids need mental help, and programs that can give them hope and purpose, or they will find a way to lash out against innocent people, guns or not.