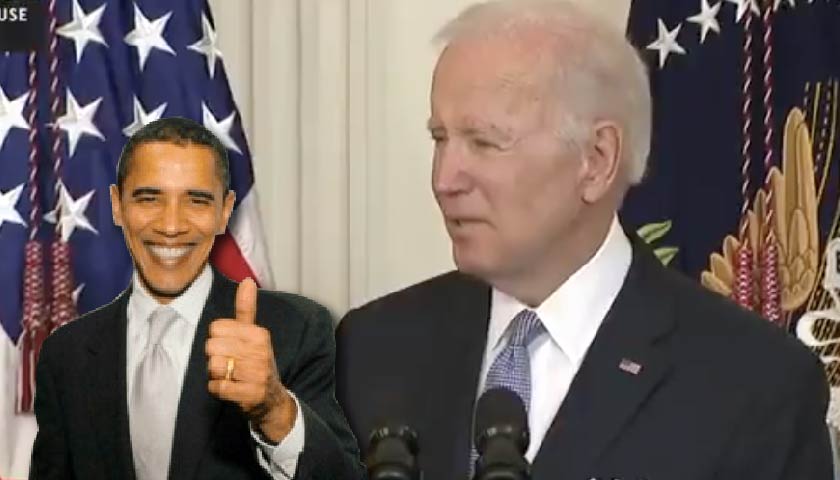 You’d think the Dems could take a break from the division and race-baiting while the nation mourns the murder of 19 young kids, right?

Today, while delivering remarks on the Texas school shooting, Joe Biden decided this was the best time ever to talk about George Floyd and create more division in the country.

After hearing how this school shooting was the Republican’s and NRA’s fault, we now have to move the dead kids over and make room for George Floyd.

This is unreal. Obama did the same thing in a tweet.

It’s almost as if these kids are raining on the parade they had planned for George Floyd. I think they were hoping to get their base worked up in time for another “Summer of Love.”

Look, I agree that George Floyd’s murder was despicable and the man who was convicted is in prison.

His family got justice and was financially compensated, and hopefully, they’re healing after two years have passed.

But, let’s remember that George Floyd did some really unsavory things in his life, and while it’s good to promote safety and respect between cops and citizens, it’s absurd to turn criminals into heroes.

And it’s disrespectful to those kids, and their families, to bring something like this up today.

My lord, it could have waited.

Biden: “So many black Americans wake up knowing they could lose their life in the course of just living their life — jogging, sleeping at home” pic.twitter.com/3cKenLbCjO

“WTF is wrong with this idiot? #biden“

“Thug dictators always lie, fear-monger and pit groups against each other in order to rule. And sad to say, the Democrat party is following the same playbook to distract people from the rapid decline of American liberty, prosperity and security.”

“The divider and chief”

“Anger, anger, fear, WAR, ANGER, FEAR! DIVIDE, DIVIDE, anger, war, fear. Its so comforting having the adults back in charge”

“This geriatric f**k deadass turned the shooting into a race issue. Unbelievable.”

“A Hispanic school gets shot up, and yet we still have to discuss Floyd”

“I am black and he does not speak for me. Now he got to throw race into the mix.”

“Someone once said to me that the 1980s were the peak of racial harmony in America and it scared the Democratic Party so badly they made a concentrated effort to tear us back apart. I don’t think he was wrong.”

The Dems are a desperate and broken party that thrives on hate and division.

The best thing that could happen to America is if the entire Democrat Party was dissolved and everyone was deprogrammed.