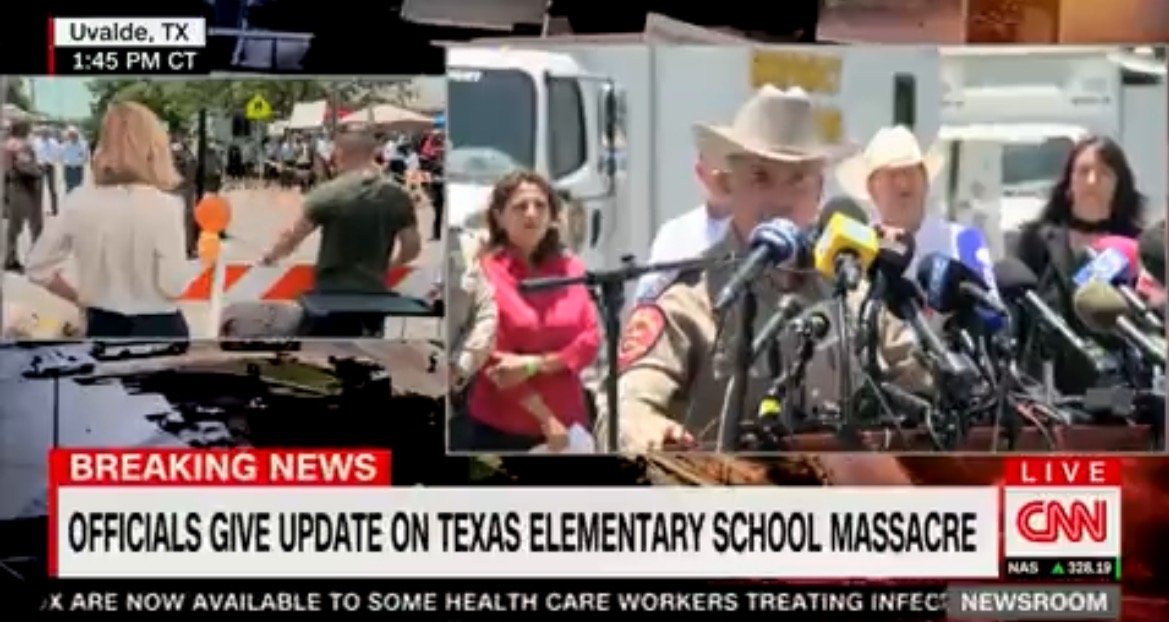 According to multiple reports, the shooter, Salvador Ramos, spent more than 40 minutes inside as loved ones and onlookers begged the police to charge into the building.

Police arrived 4 minutes after the shooting began, but Ramos continued on with his killing spree virtually uninterrupted.

Ramos was inside of a classroom killing children whilst police and other law enforcement officers targeted desperate parents trying to save their children.

According to a report from The Wall Street Journal, one mother was placed in handcuffs and a father was tasered for trying to retrieve their children.

“Ms. Gomez, a farm supervisor, said that she was one of numerous parents who began encouraging — first politely, and then with more urgency — police and other law enforcement to enter the school. After a few minutes, she said, federal marshals approached her and put her in handcuffs, telling her she was being arrested for intervening in an active investigation,” The Wall Street Journal reported.

“Once freed, Gomez moved away from the crowd, broke into a run, jumped a fence and ran inside to rescue her children. “She sprinted out of the school with them,”” The Journal reported.

A Uvalde mother was PLACED IN HANDCUFFS by Federal Marshalls on scene for attempting to enter the school to get her child. Another man was tased for trying to get his kid off a bus. All while Salvador Ramos was alive inside killing kids https://t.co/LqqhuIMGlP pic.twitter.com/CNIUZ2GYhk

Javier Cazares, whose daughter died in the attack, urged the bystanders to “rush in because the cops aren’t doing anything like they are supposed to. More could have been done. They were unprepared.”

A viral video also showed armed police pinning one man to the ground as the bystanders yelled at them to go in.

The post Uvalde Mother Placed in Handcuffs by Federal Marshals For Attempting to Enter School to Save Her Child While Salvador Ramos Went on Killing Spree appeared first on The Gateway Pundit.