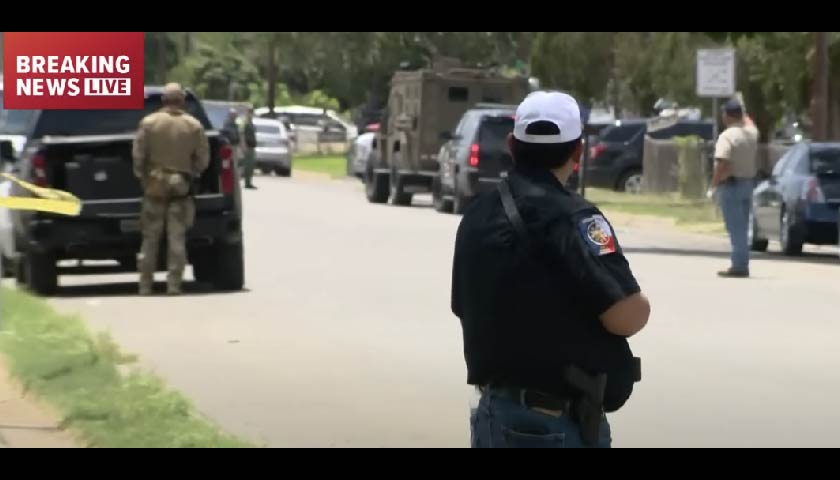 There are still so many unanswered questions about the horrifying mass murder at an elementary school in Texas.

While Dems use the slaughter of 19 young children for political purposes, the rest of America wants to know what really happened and how to stop this.

We know the killer, 18-year-old Salvador Ramos, was mentally ill.

He would cut up his face for “fun” and get in his car and shoot random strangers with a BB gun.

He was creepy, a loner, and aggressive and violent. There were red flags everywhere and the police have dealt with him many times in the past.

So, that’s one very real aspect that we need to look into — mental health.

The other important issue is the way police responded — or didn’t respond — to the shooting, which also impacted what happened.

And in this case, parents and onlookers are reporting that police didn’t respond… as a matter of fact, when onlookers begged cops to go inside and stop the shooter, they refused.

The AP reported that frustrated onlookers urged police officers to charge into the Texas elementary school where a gunman’s rampage killed 19 children and two teachers, witnesses said Wednesday, as investigators worked to track the massacre that lasted upwards of 40 minutes and ended when the 18-year-old shooter was killed by a Border Patrol team.

“Go in there! Go in there!” nearby women shouted at the officers soon after the attack began, said Juan Carranza, 24, who saw the scene from outside his house, across the street from Robb Elementary School in the close-knit town of Uvalde. Carranza said the officers did not go in.

Javier Cazares, whose fourth grade daughter, Jacklyn Cazares, was killed in the attack, said he raced to the school when he heard about the shooting, arriving while police were still gathered outside the building.

Upset that police were not moving in, he raised the idea of charging into the school with several other bystanders.

“Let’s just rush in because the cops aren’t doing anything like they are supposed to,” he said. “More could have been done.”

“They were unprepared,” he added.

Minutes earlier, Carranza had watched as Salvador Ramos crashed his truck into a ditch outside the school, grabbed his AR-15-style semi-automatic rifle and shot at two people outside a nearby funeral home who ran away uninjured.

Thank GOD for the Border Patrol Agent who ran into that school with no backup and shot the shooter dead.

And just think, Dems have been trying to defund and end Border Patrol… Glad they weren’t successful in doing that.