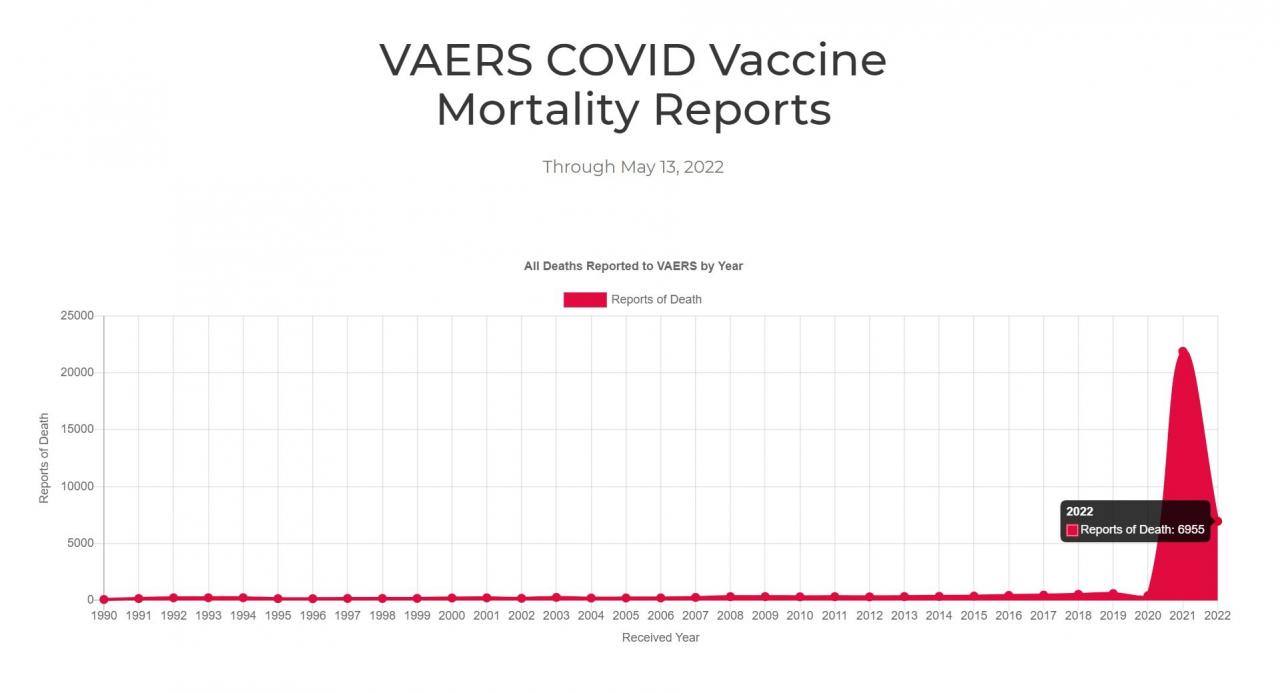 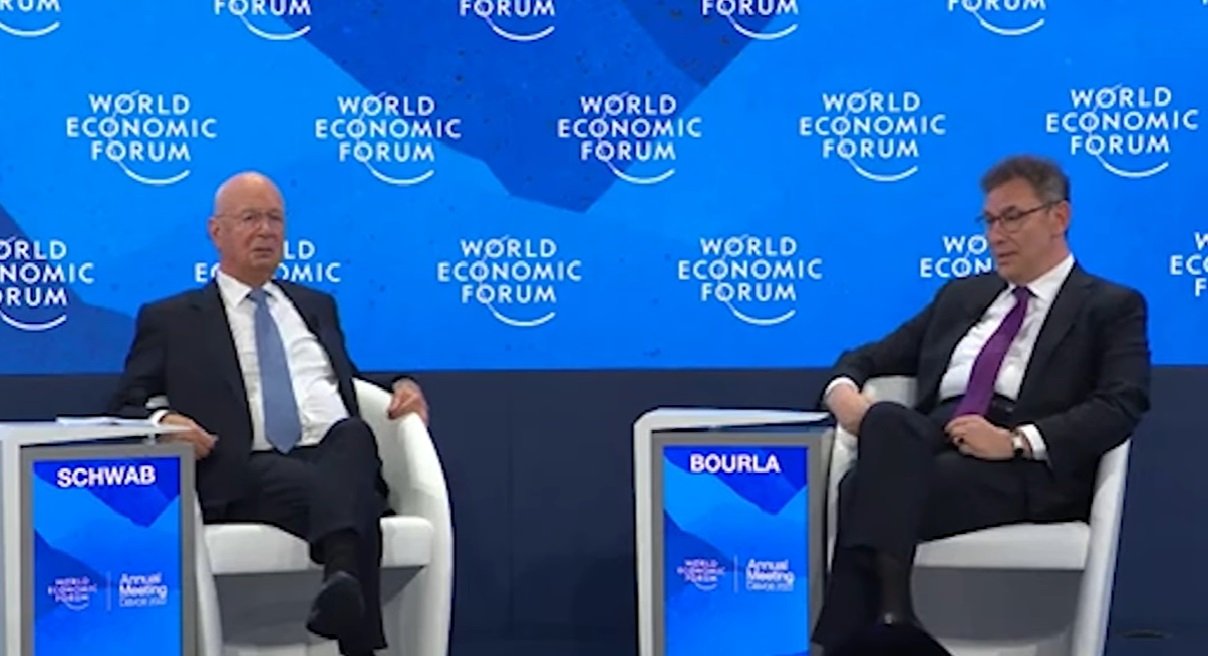 As Bourla assured Schwab that the US and European governments provide liability for lawsuits for the pharmaceutical companies if the vaccines are “not working out well,” Bourla rebuked opponents of compulsory COVID-19 vaccination.

“With any other medicine, for example, we don’t ask anyone to do anything with liabilities, but with a vaccine, we knew that there is a very fanatic group of anti-vaxxers that would go after us no matter what. They will claim that the sun didn’t go up because people were vaccinated and that created issues with the crop, ‘So, I’m suing you,’” the Pfizer CEO said on Wednesday. “And one thing it is to sue you in the US another thing is to sue you in a country where the legal system is not up to the standards or Switzerland. So, I think that’s behind us. Everything went okay and I think we can move on ”

“I think we were — we were both targets of the anti-vaccine movements and conspiracy people claiming that I had triple — I wondered what it is — triple Covid,” Schwab replied. “I was — I think you got hundreds of thousands of clicks and so on.”

NEW – Klaus Schwab to Pfizer’s CEO Bourla: “We were both targets of the anti-vaccine movements and conspiracy people.”pic.twitter.com/FT6xGVSCgD

“I read one day I was arrested by FBI,” Bourla shot back.

Schwab added, “Same happened to me.”

In November, Bourla also lashed out at peddlers of “misinformation,” warning people spreading lies about COVID vaccine efficacy are “criminals” who have cost “millions of lives.”

Boular unveiled plans at the WEF meeting to deploy nurses and doctors to 45 impoverished countries in an effort to increase the vaccination rate and recommended the public get a COVID vaccination every Fall along with a flu vaccine “to improve efficacy” and “compliance.”

“Today we announced that we will offer all of our patent-protected medicines, all, vaccines or medicines that currently, exist in the US or in Europe to the 45 poorest countries in the world. It is a population of 1.2 billion people at cost. We are also making a commitment that every year that we discover or bring the U.S. to Europe or to the world new medicines,” he said. “Today this dream is becoming a reality.”

“To improve compliance — if someone thinks that I’m going to go to the doctor or the pharmacy, but at least with one shot, I will get two, flu and that also will increase the number. So, these are the things — it’s very difficult to improve the efficacy right now,” the Bourla continued. “It’s very very high, but what you can improve it is how convenient it is and how can last the efficacy for a longer period of time.

The Greek Pfizer chief, who speaks broken English, also boasted about how mRNA technology will become a remedy to treat cancer.

“I think we will see a lot of advancements with mRNA and the good thing, after the success of COVID, is that right now we have a substantial wave of companies — biotechs and big pharma — that are working on mRNA, a lot, and they are working on multiple applications of mRNA,” he continued. “So, I think the first things that I’m hopeful to see is other vaccines other than COVID. Flu vaccine, a single vaccine with mRNA or other vaccines with mRNA,” Bourla said.  “The second wave that we could see is cancer. We are — there are a lot or research companies for many years now trying to use your immune system to attack your cancer cells, to train your immune system.”

Despite Bourla audaciously heralding the benefits of mRNA technology, documents released through FOIA requests by the FDA and Pfizer’s own data confirms t the mRNA technology not only carcinogenic and often lethal but causes thousands of adverse effects.

You sure aboot that?

Pfizer’s own enormous list of adverse impacts from the vaccine says otherwise: pic.twitter.com/W18otOHmA8

OK HERE IT IS PEOPLE!

Monkeypox is rebranded COVID injection-activated shingles, based on a PCR that is not designed to diagnose disease.

This is taken right from the eight pages of potential side effects from the first Pfizer FOIA data dump! pic.twitter.com/UdABrSpMJS

As the TGP has reported, COVID mRNA gene-editing technology has taken more American lives than any vaccine in history.

In April, Pfizer hired 1,800 employees to address the large increase” of reports of adverse side effects linked to its COVID vaccine.

Finally got the unredacted version of this FoIA’d document. Three months after the release of the vaccine Pfizer had to hire 600 additional full-time employees, with a plan to hire 1800 total, just to process the flood of adverse events reported. pic.twitter.com/5emJ0s9djl

The post Klaus Schwab, Pfizer CEO Trash ‘Conspiracy People’ At World Health Assembly: ‘There Is A Very Fanatic Group Of Anti-Vaxxers That Will Go After Us No Matter What’ appeared first on The Gateway Pundit.