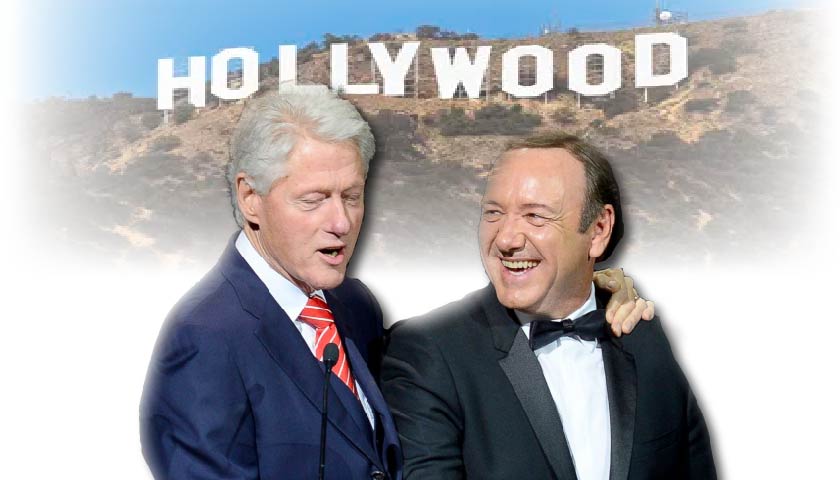 Actor Kevin Spacey has weaseled out of a lot of bad stuff… despite all the accusations against him, Spacey has still roamed his Hollywood halls and even kept his career going.

One case was dropped when the accuser died of cancer.

Variety reported that the Los Angeles County District Attorney’s Office has formally dropped a case against actor Kevin Spacey, after the accuser died.

The accuser, a massage therapist, alleged that Spacey tried to kiss him and forced him to grab his genitals during a session in Malibu in October 2016. The accuser, who was never identified, went to the Los Angeles County Sheriff’s Department, which referred the investigation to the D.A.’s office in July 2018.

The D.A.’s office has been reviewing the matter since then, and had not made a decision on whether to bring charges at the time of the accuser’s death. The accuser’s civil attorney, who had filed suit against Spacey in September 2018, notified Spacey’s lawyers that the accuser had died last month. A source told Variety that the accuser died of cancer.

MORE NEWS: [VIDEO] Tucker: There is Something Really Wrong With Many Teenage Boys in America Today

“During the course of the investigation, the victim passed away,” she wrote in a declination report. “The sexual assault allegations cannot be proved without the participation of the victim. Thus, the case was declined.”

And many people thought Spacey was mocking his accusers with these creepy videos he’d post as his “House of Cards” character Frank Underwood.

Spacey’s been busy filming his movies, and acting as if nothing is happening… reminds me of Alec Baldwin in that way.

It’s a real slap in the face to the mountain of accusers — and I get that you’re innocent until proven guilty, but Kevin is like Weinstein, he’s had a reputation for being an abuser for eons now… and as a friend of Bill and Hillary, it’s almost par for the course.

But finally, it looks like Karma is catching up to Kevin, and the good time train is ending.

Spacey was just charged with another four counts of sexual assault, this time in the UK.

The New York Post reported that Kevin Spacey was charged in the UK with four counts of sexual assault against three men on Thursday — as he appeared in a Manhattan court to testify in a separate sex assault case brought against him in New York.

The Oscar winner has also been hit with a charge of “causing a person to engage in penetrative sexual activity without consent,” the Crown Prosecution Service said, according to a Guardian report.

The UK charges stem from a probe of evidence gathered by the Metropolitan police.

“The Crown Prosecution Service reminds all concerned that criminal proceedings against Mr. Spacey are active and that he has the right to a fair trial,” it said in a statement.

Spacey was set to appear Thursday morning in Manhattan federal court for a hearing in a civil suit stemming from actor Anthony Rapp’s allegations that Spacey made sexual advances toward him when Rapp was just 14.

“He picked me up like a groom picks up the bride over the threshold,” Rapp told BuzzFeed News in 2017, noting how the pair had been alone in a bedroom.

“But I don’t, like, squirm away initially, because I’m like, ‘What’s going on?’ And then he lays down on top of me. He was trying to seduce me.”

“He was trying to seduce me,” Rapp said. “I don’t know if I would have used that language. But I was aware that he was trying to get with me sexually.”

At the time, Spacey said he was “beyond horrified” by Rapp’s account, and said he did not remember the encounter.

“But if I did behave as he describes, I owe him the sincerest apology for what would have been deeply inappropriate drunken behavior,” Spacey said.

Sounds like Kevin owes many people an “apology” and he should probably do it from behind bars in a 6×6 cell.