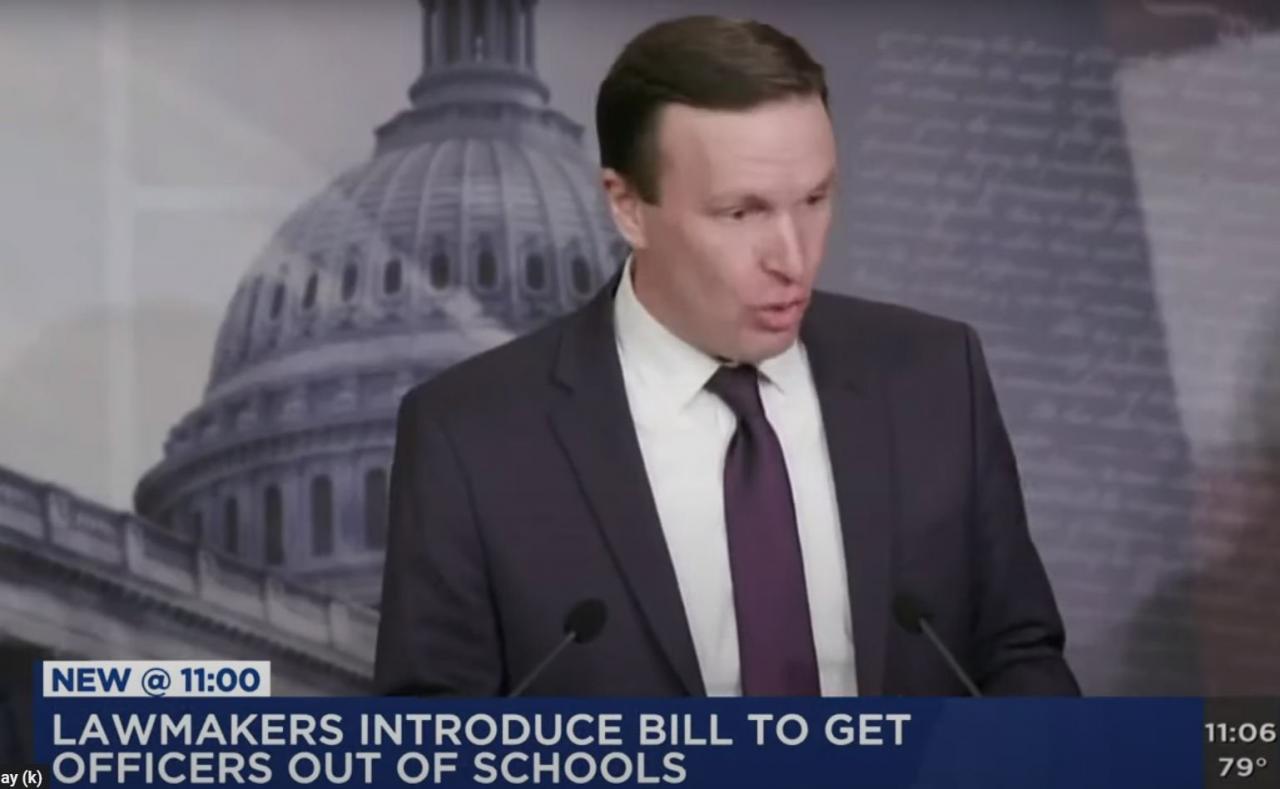 In February 2018, a crazed teen gunman who was on the FBI radar, opened fire on students inside the Marjory Stoneman Douglas High School in Parkland, Florida. The psychopath who had threatened murder several times in his past killed 17 people and injuring 17 others.

In July 2020 top Democrats introduced legislation to get police out of schools despite the slaughtered children.

On Tuesday 19 children and two teachers were murdered by a deranged teen gunman at an elementary school in Uvalde, Texas.

The deaths of Black people at the hands of police this year ignited an important conversation about police reform in this country. A number of proposals have been introduced to address various facets of policing at the federal, state, and local levels. This week, Democratic lawmakers in Congress added to that list with a bill to get police out of schools.

Senators Chris Murphy (CT) and Elizabeth Warren (MA), along with Representatives Ayanna Pressley (MA) and Ilhan Omar (MN), introduced the Counseling Not Criminalization in Schools Act that would prohibit federal money to be used to fund police in schools. The lawmakers said this would prevent money from being diverted from important student service providers, like counselors and social workers.

The legislation has the backing of the two major teachers’ unions, the American Federation of Teachers (AFT) and the National Education Association (NEA). It also has the support of a number of civil rights organizations, including the Leadership Conference on Civil and Human Rights and the Human Rights Campaign.

“Police shouldn’t be in schools,” said Senator Murphy in a statement. “There are plenty of better ways to ensure that our schools are safe places to learn, and Congress needs to understand how police in schools ends up with the wrong kids getting arrested for minor disciplinary actions and resources being drained from more effective programs.”

The post BLOOD ON THEIR HANDS: Democrats Introduced Bill to Get Police Out of Schools – Despite Slaughtered Children (VIDEO) appeared first on The Gateway Pundit.