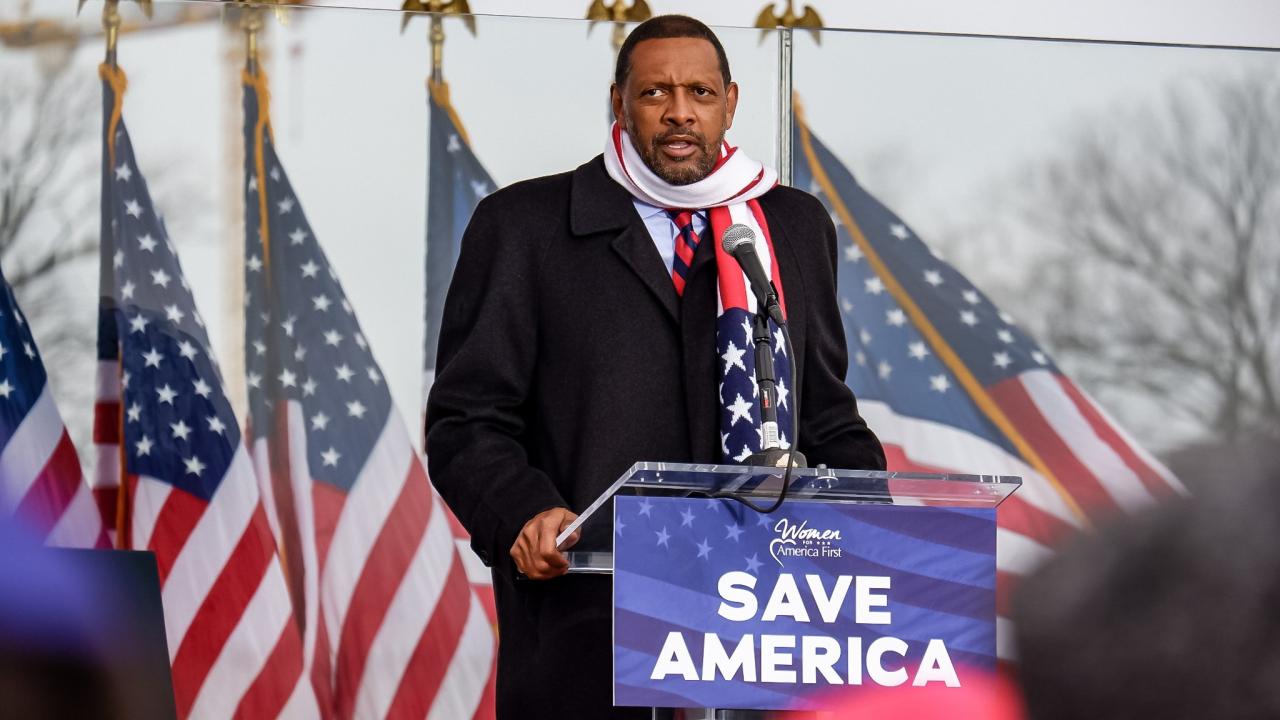 Vernon has ALWAYS stood with Trump and MAGA nation against the radical Democrats who are destroying the nation we love.

Vernon officially joined the Republican Party in January 2021 after serving in the Georgia House as a conservative Democrat for years.

It was a disgusting attack.  General Mike Flynn rescinded his endorsement of Collins following the release of the flyer.

The Washington Examiner reported this morning.

A Georgia congressional candidate hand-picked by former President Donald Trump forced a Republican runoff election with a conservative trucking executive in a competitive race that tested the strength of the former president’s power in the state.

Mike Collins, the oldest son of former Rep. Mac Collins, and Vernon Jones, the self-described “black Donald Trump,” each failed to meet the threshold needed to declare an outright victory on Tuesday night.

Instead, Collins and Jones will meet in a head-to-head matchup in June to see who will be the Republican nominee for Georgia’s 10th Congressional District.

Tuesday’s crowded field of eight GOP candidates also included former Rep. Paul Broun and state Rep. Timothy Barr. The Democratic primary had five candidates, but the red tilt of the 10th Congressional District means that the eventual winner in the Republican primary election will likely occupy the seat in January.

“Throughout this race, our campaign has withstood attack after attack from the radical Left, Washington establishment, and RINO Right,” Jones told the Washington Examiner late Tuesday night. “The people of the 10th Congressional District saw through their deceit and saw my campaign for what it was: a grassroots movement fueled by the people to take our country back.”

Jones and Collins ran as unabashed pro-Trump conservatives, though only Jones had his seal of approval.

General Michael Flynn recently removed his endorsement for Collins for Rep after a vicious attack ad Collins made about Vernon Jones.

Overall the election results in Georgia last night were very suspect.  The races for governor and secretary of state saw incumbents Kemp and Raffensperger win their races despite ample evidence of fraud in the 2020 Election and them ignoring this evidence and certifying the election for Joe Biden anyways.

The people of Georgia, a very red state as is exemplified by their legislature, should be very concerned about these results last night.