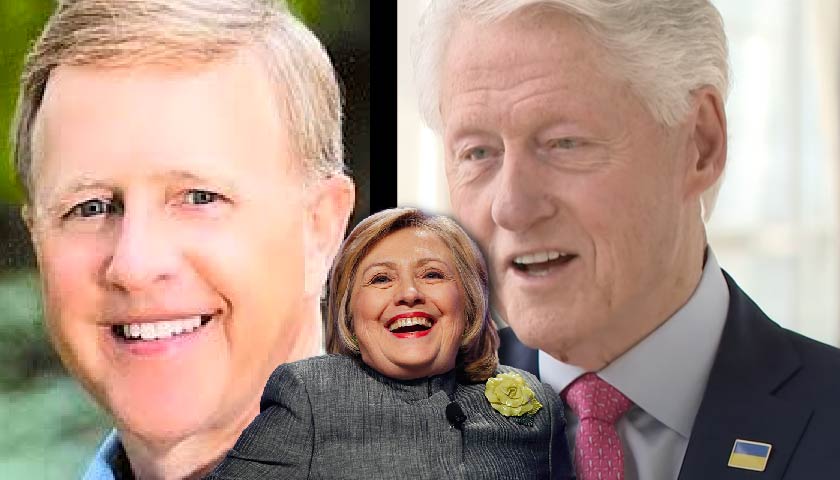 Remember a few weeks back when we told you about the suspicious death of yet another Clinton associate?

This time it was a high-ranking advisor with ties to Epstein.

Well, authorities ruled the death a “suicide,” but a business partner of the man, whose name was Marc Middleton, says something isn’t right and he doesn’t believe the death was a suicide.

He thinks his friend was murdered, and he wants an independent group to investigate.

However, the guy is so afraid of being killed himself that he’s insisting on remaining anonymous.

MORE NEWS: Joe Should Discuss Why Nobody Got Texas Killer The Mental Help He Needed, Not “Gun Control”

Mark Middleton, 59, was suspiciously found May 7th dangling from a tree with a shotgun blast hole through his chest and a cheap Dollar Store-type extension cord around his neck. The hell-bent businessman created his own makeshift gallows by trespassing onto a farm with a table.

The terrified business associate, who asked to remain anonymous for fear of dying, tells RadarOnline.com the Little Rock father of two was close to the former Commander-n-Cheat – having an integral role in founding the Clinton Presidential Library and the Clinton Birthplace Foundation.

“Everyone that I know here, that has worked with Mark, knows it is physically impossible for Mark to have killed himself,” the source tells RadarOnline.com.
“He could not physically hold a shotgun and done that to himself,” the source added. “He knows nothing about guns! He hated guns; he couldn’t have tied a noose to save his life! The man couldn’t change a light bulb by himself. He was the least physically skilled person I have ever met in my life. He was very smart, great with paperwork, legalities, and all of that but he couldn’t physically take care of himself.”

“So, his death scenario is completely implausible to everybody that knew him.”

The business associate tells RadarOnline.com Middleton was actively engaged in financial investments with the same Little Rock characters who allegedly worked with John Glasgow, the chief financial officer of CDI Contractors Inc., the lead firm that constructed the Clinton library.

Glasgow vanished without a trace in 2008 after reporting financial irregularities with the Clinton library construction costs and his skeletal remains were found at Petit Jean State Park in 2015. His cause of death undetermined.

Middleton allegedly suffered from depression and his death was ruled a suicide by investigators even though he didn’t leave a telltale suicide note.

It’s very odd how so many people who are close to the Clintons have “killed themselves.”

It’s no wonder there’s an urban legend about a secret “Clinton body count.”

Let’s hope somebody listens to this man and they open up a new investigation… because we all know how Hillary likes to involve herself in things on the sly, don’t we?

In the meantime, this guy would probably be better off going public with his concerns and announcing that he is NOT “suicidal” and the only people he’s afraid of are the Clintons and their cronies.

He’d likely be a helluva lot safer that way.