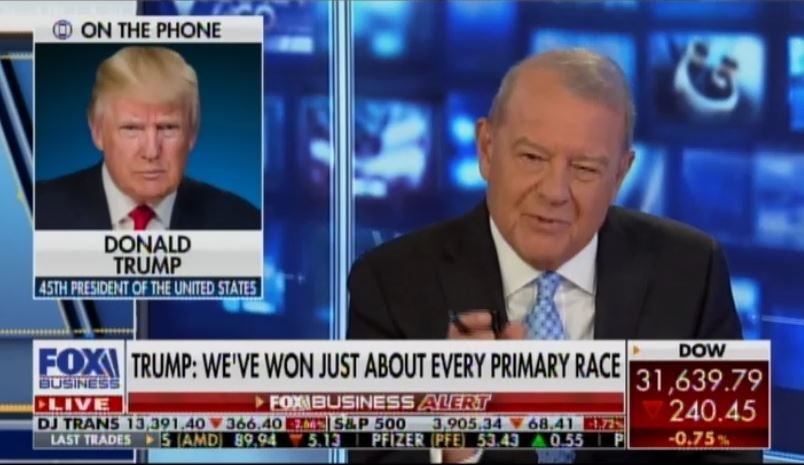 Stuart Varney started the interview by asking President Trump about the election today in Georgia. Trump is backing David Perdue over Brian Kemp in the gubernatorial race. Brian Kemp allowed Democrats and their ballot traffickers to steal the presidential election and then two US Senate seats in 2020 and early 2021.

Stuart Varney insisted that the American public does not want to look back on the 2020 election.

It was a disgraceful performance by Stuart Varney. He needs to get out of his media bubble some time.

Stuart Varney: And he’s going to win… What I hear from a number of Republicans is that they don’t want you to look back to the 2020 election and rehash it. They want to look forward to what we’re going to do with this economy and this society going forward. What do you say to that?

President Trump: Well, I do that. But if you don’t study what happened and you don’t find. We know what happened. All you have to do is see “2000 Mules” or go on Truth…

Stuart Varney: That’s not what people are talking about. People don’t want you to do that!

Kudos to Trump for mentioning “2000 Mules” on FOX Busines Network. Surprisingly, the channel did not bleep it out.

The post Wow. Stuart Varney Lectures President Trump on Moving on from Stolen Election – “Republicans Don’t Want You to Look Back” (VIDEO) appeared first on The Gateway Pundit.