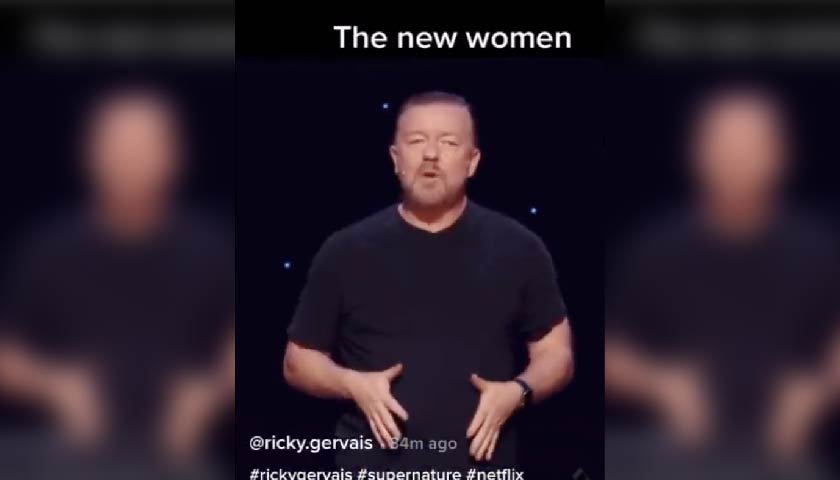 Liberals are literally foaming at the mouth right now over a Netflix special featuring Ricky Gervais.

It’s a standup comedy routine, and during the bit, Ricky makes fun of transgender people.

Mind you, he makes fun of everyone, including Christians… this is called “comedy,” everyone gets mocked and poked fun at, and we all have a laugh and go on with our day.

That’s how it’s always been, but as you know, the communist cancel mob wants to change all that.

There will be no laughing at unapproved “jokes.”

According to the mob, you will only laugh at jokes which are approved by the Regime.

Of course, jokes about Jesus, Christians, rednecks, and Republicans are always pre-approved.

This is the world liberals want, but nobody else does, so there’s a big backlash against Marxist censorship, and comedians are leading the way.

They’re throwing an absolute hissy fit that he has dared to mock the “transgender” crowd…. the “untouchables.”

Well, we have the clip that has set everyone off…

That was funny, because it’s insane and true, and that’s what the liberals hate… to be made fun of, for their own absurdity.

They hate not to be taken seriously.

See, you can call them hypocrites, baby killers, liars, and cheats, and they won’t bat an eyelash — they don’t care.

But the moment you MOCK them, they fall apart.