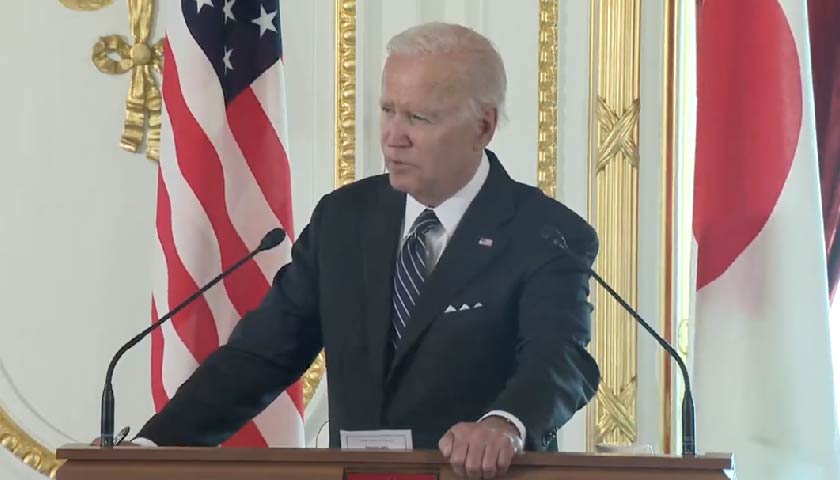 Joe Biden doesn’t “get it.”

This guy used to be a really savvy politician back in the day. But the years have not been kind to Joe, and he’s lost his hair and his mind — literally.

At least before, when he was trying to sneak one past the middle-class and screw them over, he’d do it with a smile on his face and a lie in his heart. Nowadays, he doesn’t even bother with that step… he just goes straight for the throat of the working class and slices deep.

But where Joe is really missing the mark, is reading the American people and the country as a whole. We’re nowhere near ready for any “electric car overhaul.” There needs to be years’ worth of infrastructure built and plans on how to convert and all sorts of other things, and we need to even see if the American people want it.

MORE NEWS: Elon Knows Exactly Why Pelosi Will Be Floating in a Sea of RED This November

But Joe and his Handlers can’t wait for all that. They need to get their friends in the “green business” rich as soon as possible.

That’s why Joe is inflicting this gas pain on all Americans… and he admits it right here… and trust me when I say, he never realized how much he could piss off the American people…

Here’s what Bumbling Joe said: “When it comes to the gas prices, we’re going through an INCREDIBLE transition”

Joe Biden: “When it comes to the gas prices, we’re going through an INCREDIBLE transition” pic.twitter.com/8TGnc7vFa8

“Regardless of what side politically you fall, this has to piss you off “

“Joe Biden must be defeated. Enough is enough.”

“F**k this guy and whoever is pulling his strings”

“I am so mad I could spit fire right now”

“I voted for this idiot and I am sorry, and I’d like Trump back, please.”

“The Transition is the Destruction of The Economy”

“High prices are a feature, not a bug, in the Democrats’ plans to destroy America.”

“It’s on purpose folks. The old idiot just admitted it”

“Anybody who voted for this asshole who isn’t apologetic… I’ll stop so I don’t get suspended again.”

“Incredible transition” sounds an awful lot like “fundamental transformation,” which is a cunning way of Dems saying they are intentionally destroying America.”

“they don’t care if they destroy us and that is unreal. We the American people need real help”

If you listen closely, you can actually hear Joe’s poll numbers dropping…like turds in a toilet.

Keep fighting and be happy he says this dumb stuff.