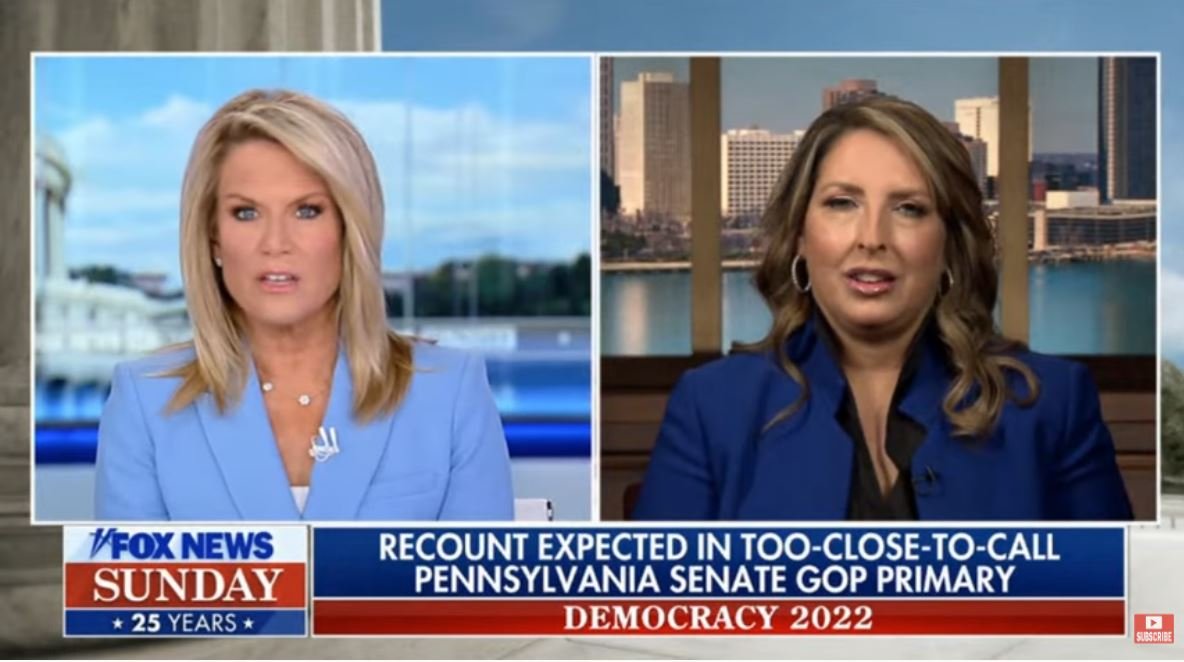 McDaniel still refuses to admit the 2020 election was stolen from President Donald Trump. By not doing so she does not have to look at her role in the greatest criminal act in US history.

This week American voters saw once again how the election process will be handled with Democrat led states in the coming months — JUST LIKE they handled the elections in 2020. They are still “counting” votes in the Pennsylvania GOP primary nearly a week after the election and they still don’t know how many ballots they have left to count. Pennsylvania still has to count the military votes — These are the same votes Democrats stole in 2020 in Georgia, Arizona and Michigan.

Ronna McDaniel did not say ONE WORD about the historic documentary “2000 Mules” on ballot trafficking during the 2020 election. Thes votes alone were enough to give President Trump victory in 2020. McDaniel is not strong enough to even mention this.

Today was no different.

Ronna McDaniel then claimed the RNC has built the largest election integrity team across the country ever. The Gateway Pundit hopes they will contact us and share with us more details on this supposed team. It sounds like one of their super-secret teams. It must be very special.

Final point — FOX News is a disgrace. It is no different than CNN or MSNBC.

The post Ronna McDaniel Still Not Up for the Job – Does Not Take Election Integrity Seriously – REFUSES to Mention “2000 Mules” on FOX News (VIDEO) appeared first on The Gateway Pundit.