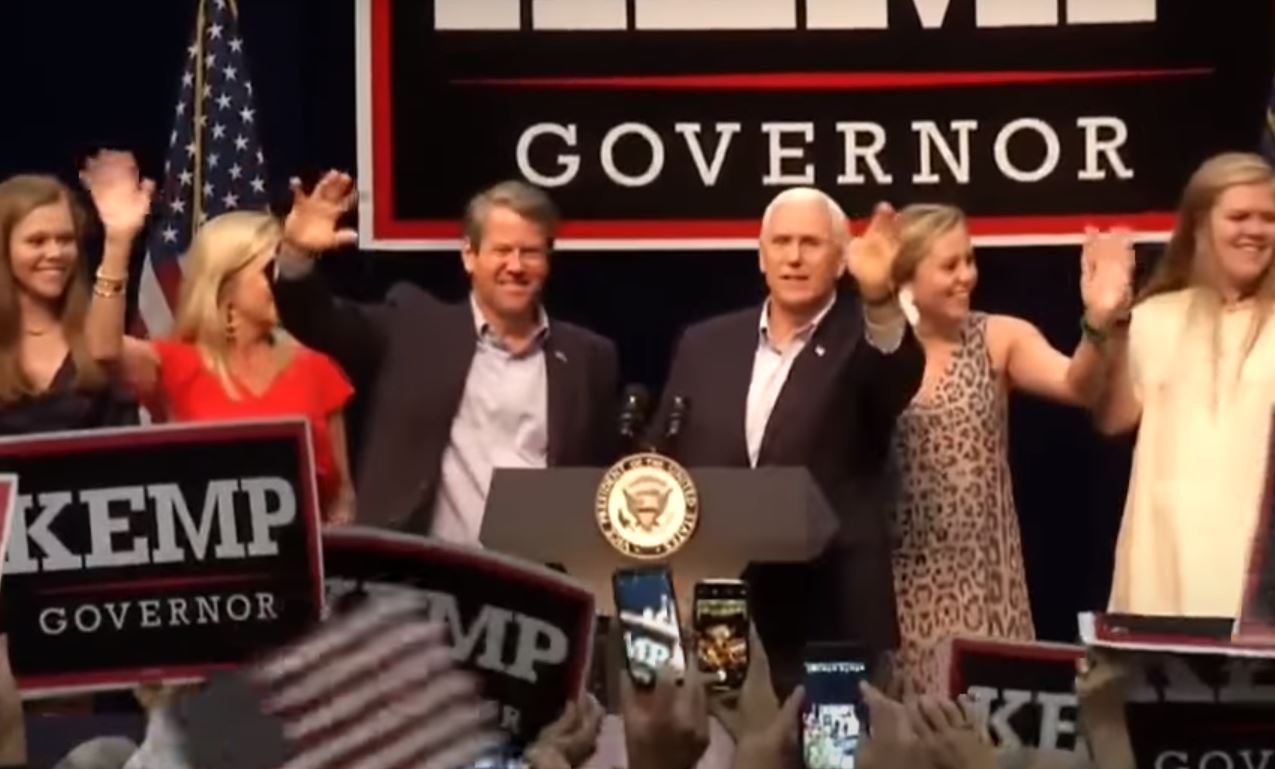 Mike Pence is campaigning today with Governor Brian Kemp in Georiga. Pence is flying in for a final rally of the RINOs before Tuesday’s election.

Governor Kemp certified the fraudulent 2020 Georgia election. We now know that ballot traffickers working for Democrats stole the presidential election from Donald Trump in the red state and then stole the two senate seats in the runoff elections.

Brian Kemp Allowed Ballot Traffickers to Steal Georgia Elections TWICE — Gave Us JOE BIDEN and DEM SENATE MAJORITY… How Can Anyone Vote for This Clown?

Mike Pence says he is open to running against President Trump in 2024.

After four years of service bordering on subservience, the increasingly emboldened Mr. Pence is seeking to reintroduce himself to Republican voters ahead of a potential presidential bid by setting himself apart from what many in the G.O.P. see as the worst impulses of Mr. Trump. He’s among a small group in his party considering a run in 2024 no matter what Mr. Trump decides.

Mr. Pence first used high-profile speeches to criticize the former president’s push to overturn the 2020 election results, stating flatly that Mr. Trump was “wrong” in his assertion that Mr. Pence could have blocked the Electoral College ratification on Jan. 6, 2021. Mr. Pence then unsubtly visited the Charlottesville, Va., memorial to Heather Heyer, who was killed in the 2017 white supremacist riot there that Mr. Trump sought to rationalize by faulting “both sides.”

Now, on Monday outside Atlanta, Mr. Pence is taking his boldest and most unambiguous step toward confronting his former political patron. On the eve of Georgia’s primary, the former vice president will stump with Gov. Brian Kemp, perhaps the top target of Mr. Trump’s 2022 vengeance campaign against Republicans who didn’t bow to his election lies.

Mr. Pence grew close with Mr. Kemp during the pandemic and 2020 campaign, and now he is lining up against Mr. Trump’s handpicked candidate, former Senator David Perdue. But more than that, Mr. Pence is seeking to claim a share of credit in what’s expected to be the starkest repudiation yet of Mr. Trump’s attempt to consolidate power, with Mr. Kemp widely expected to prevail.

The post Mike Pence IS OPEN to Running Against Trump in 2024 – Laying Groundwork for 2024 Run – Will Campaign with Brian Kemp Today in Georgia appeared first on The Gateway Pundit.