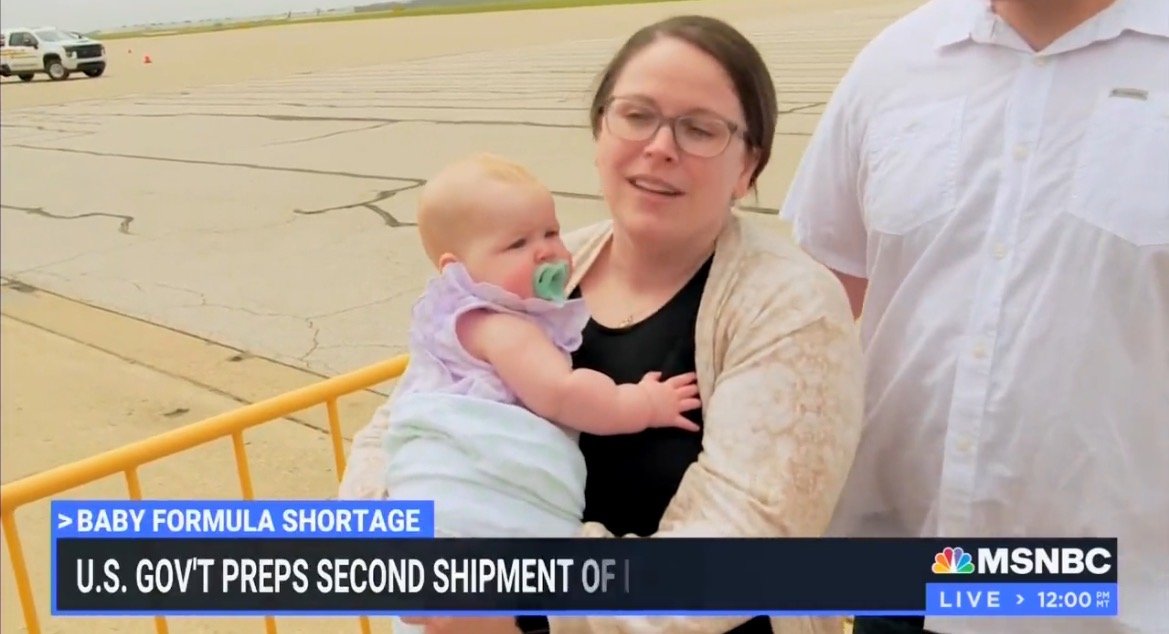 This is Joe Biden’s America.

A mother clutched her 7-month-old infant daughter as she waited on a tarmac for baby formula amid the nationwide shortage under Joe Biden.

In the meantime, the Biden Regime is happily supplying baby formula to illegal aliens and telling Americans to ‘call their doctors’ if they can’t find baby formula.

A military plane carrying over 78,000 pounds of specialty infant formula coming from Germany arrived in Indiana on Sunday to address the shortage in the country under the Biden administration.

The United States has to rely on foreign countries for baby formula as Joe Biden diminishes the US as a world power.

“They’re life savers to so many children and so many parents and I’m sure that not only babies are going to be able to go sleep comfortably tonight because their parents are going to know that they actually have food to be able to provide to them for the next few days,” the Indiana mother said from the tarmac.