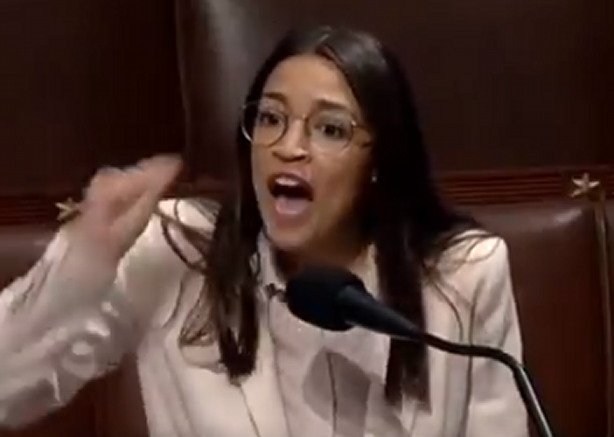 There has been a lot of talk lately about left wing political indoctrination in public schools.

Democrats claim it isn’t happening, yet examples keep coming up.

In New York, some kids will soon be able to read all about how wonderful Alexandria Ocasio-Cortez is. You know, the far left socialist?

This book for NYC school kids has AOC instead of ABCs

A book intended for 10- and 11-year-olds — which glorifies socialist Alexandria Ocasio Cortez and her far-left “Squad,” knocks religion, and mocks Senate Minority Leader Mitch McConnell – is being distributed to public school libraries, parents told The Post.

The book, “What You Don’t Know: A Story of Liberated Childhood,” was written and illustrated by Brooklynite Anastasia Higginbotham and appears on a fifth-grade independent reading list labeled “Universal Mosaic.” The DOE’s new Mosaic curriculum is supposed to kick off next year.

The picture book centers on a black child who talks about fitting in at school and church and a friend “who’s queer like me.”

The boy, named Demetrius, is shown in a church where he says, “Churches can preach all they want about love — the only thing that I feel when I’m here is shame.”

The boy’s spirit meets Jesus – who is apparently a Democrat — and who tells him “everyone is invited to love and be loved.” The distressed looking boy points to an unnamed white man — a McConnell lookalike — and says, “Even — ?” Jesus replies “Yes.”

This is appropriate for kids? Really?

This is a book that has no business being in school libraries.https://t.co/DlvhZw3kYZ

‘I’ is for indoctrination: This book for NYC school kids has AOC instead of ABCs
A book intended for 10- and 11-year-olds is being distributed to public school libraries, parents told The Post. https://t.co/oPOg2w3CRA

The left wants to get kids while they’re young.