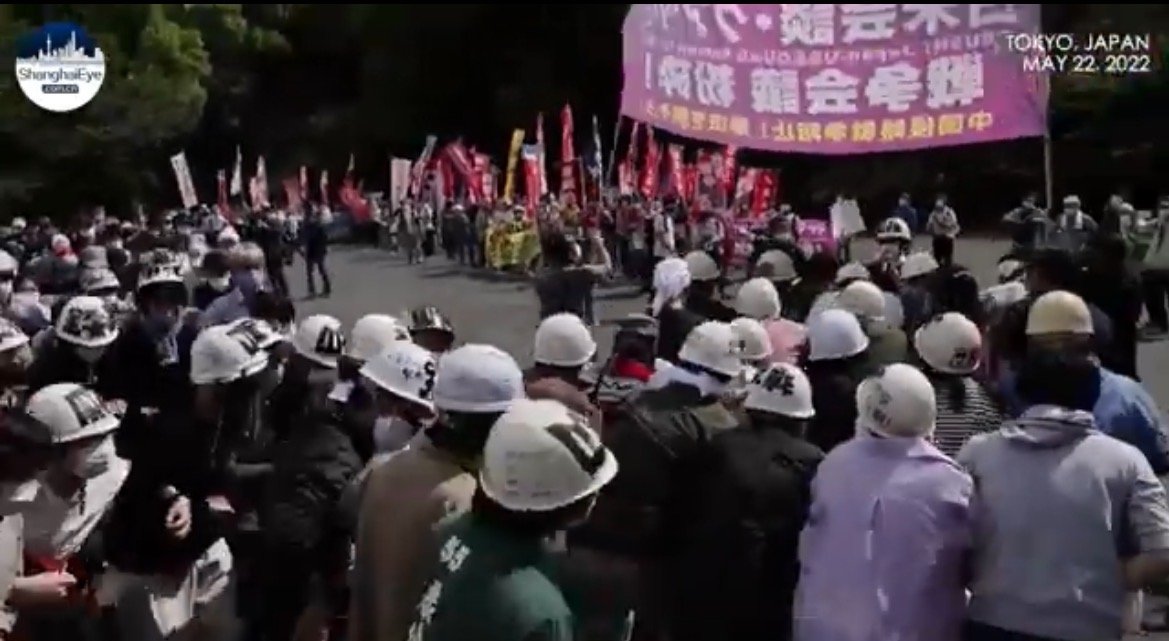 Biden kicked off the second leg of his Asia tour in Tokyo after spending two days in South Korea.

But first… Joe Biden ate ice cream, took selfies with US troops and creeped on children at a military base in Pyeongtaek, South Korea shortly before departing for Japan.

Biden arrived to Japan on Sunday to protestors.

“President Joe Biden arrived in Japan on Sunday to launch a plan for greater U.S. economic engagement with the Indo-Pacific, facing criticism even before the programme is announced that it will offer scant benefit to countries in the region.” Reuters reported. “On the second leg of his first Asia trip as president, Biden is to meet with leaders of Japan, India and Australia, the “Quad,” another cornerstone of his strategy to push back against China’s expanding influence.”

Hundreds protested Biden’s visit and condemned the war in Ukraine.

“Their [Japan and US] actions are extremely dangerous now. Japan and the US are trying to conduct a war of aggression on China,” said protest organizer Shunkichi Takayama.