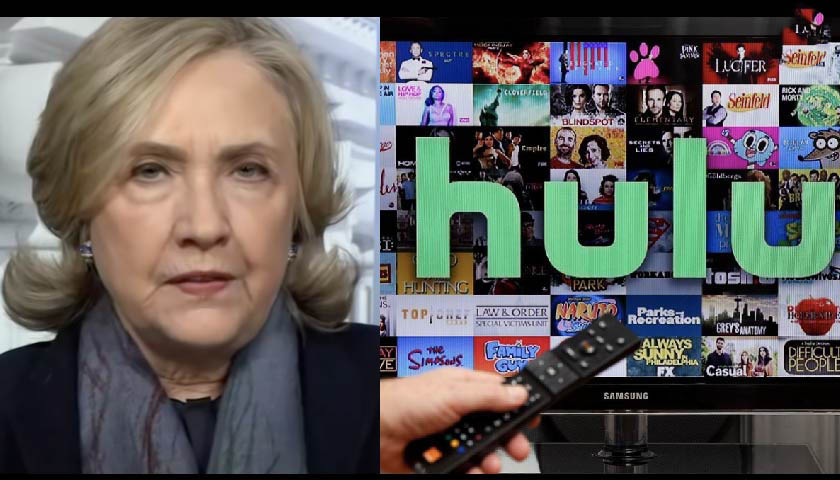 Is corporate America finally waking the heck up and realizing after years of losing money that this “woke” stuff is a big ol’ loser?

Disney has changed their tune real fast after they tried to get “woke” and quickly went broke when they stuck their big noses into an anti-child grooming bill in Florida. That stupid move will cost them billions in the long run.

And further proof of the “woke rejection,” is how major corporations have basically steered clear of the Roe v Wade situation this far.

Not too long ago, all the “woke” companies would have come out with statements and activism plans to fight the patriarchy and all that silly jazz.

But so far, they’ve kept their yaps shut or if they have said something, it’s been fairly quiet.

Their absurd, grandiose SJW statements and productions have simmered down quite a bit.

MORE NEWS: Yikes: Is THIS a Telltale “Sign” That Karine Won’t Be Around For Very Long?

And then you’ve got “woke” Netflix, which is losing money hand over fist, who’s now changing up programing, ditching a lot of the “woke” nonsense, and telling their radical employees, that if they don’t like it, they can leave.

Also, we can add Hulu to the mix…

They just canceled a show about the life of Hillary Clinton, called “Rodham.” They’ve been working on the show for 2 years, and just like that, Hulu said, “No thanks, we’ve changed our minds.”

Now, I don’t know what their reasoning was, but good for them and us.

After all, right now Hillary is in the news for all the wrong reasons, as her former 2016 campaign manager just directly connected HER to the entire Russia Hoax.

So, probably a good time for Hulu to give Crooked Hillary the boot.

Daily Wire reported that Hillary Clinton took another loss as Hulu has passed on a show about her that had been in development at the network for nearly two years.

“Rodham” is based on the novel of the same name, which tells the story of an alternate universe in which Hillary does not marry Bill Clinton, but instead serves as a Northwestern University professor before running for president in 2016.

“Rodham is a nauseating, moving, morally suggestive, technically brilliant book that made me think more than any other in recent memory about the aims and limits of fiction,” Annalisa Quinn wrote for NPR in 2020 about the Curtis Sittenfeld novel.

“20th Television is still shopping the project to other streamers, now that Claire Danes and Dakota Fanning are attached to play Clinton at different stages of her life,” Variety reported.

I think we may be seeing a pattern here.

Corporate America is finally taking a real, nice long look at what’s happening to them, now that the Silent Majority is not only speaking, we’re roaring.

Keep it up, there’s still a long way to go.