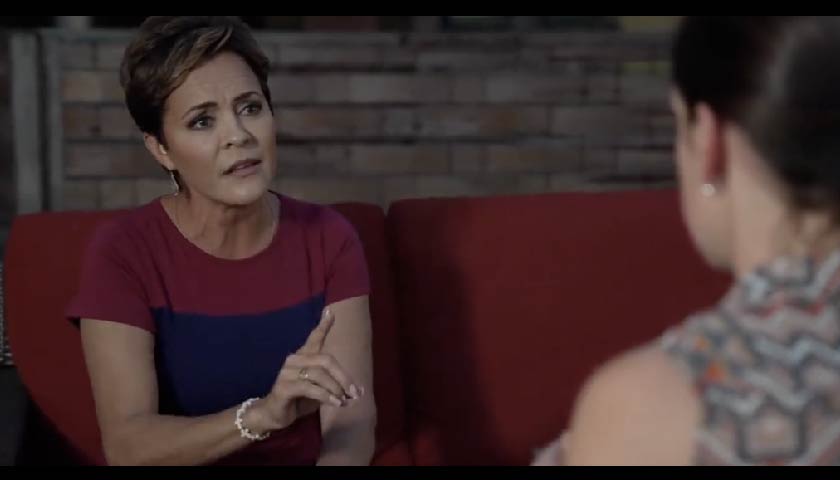 So, first off, let me just say this… President Trump knows how to pick them in AZ.

Kari Lake is the greatest thing since sliced bread. She’s a fiery, America First warrior who handles the media like a pro… and it’s no wonder she’s so good at manhandling the media… she was part of them for most of her life.

Before literally walking off the job, Kari was a wildly popular and successful local AZ newscaster.

So, even if a reporter gets up really early to pull one over on Kari, it won’t work.

MORE NEWS: Holy Cow… Dinesh Explains What’s Overflowing Out Of This FedEx Bin, and You’ll Be BLOWN AWAY

Just look at what happened to this reporter from the liberal Arizona Republic, or as Kari calls it, the Arizona Repugnant…

Kari did so well in this interview and literally bamboozled the reporter so viciously that the AZ Republic decided to not even run the story.

They just abandoned the ship, completely.

Here are a couple of my favorite Kari quotes from the interview:

“It’s not my job to educate you”

Ouch… and those are the nice parts!

TEASER: The Arizona Repugnant begged me for an interview. 2 WEEKS later & they STILL refuse to cover my border plan bc I use the word INVASION… is @azcentral covering for the Cartels?

Since they didn’t want it, I am sharing the FULL interview with you: https://t.co/hMJN0OxiAL pic.twitter.com/b2dMb0oBMI

Lord have mercy, I would not want to be on the wrong end of an interview with Kari Lake, she is the female “Ron DeSantis” and is such a powerhouse and a fighter for America First.

She’s exactly what this country needs.

A warrior and a true patriot.