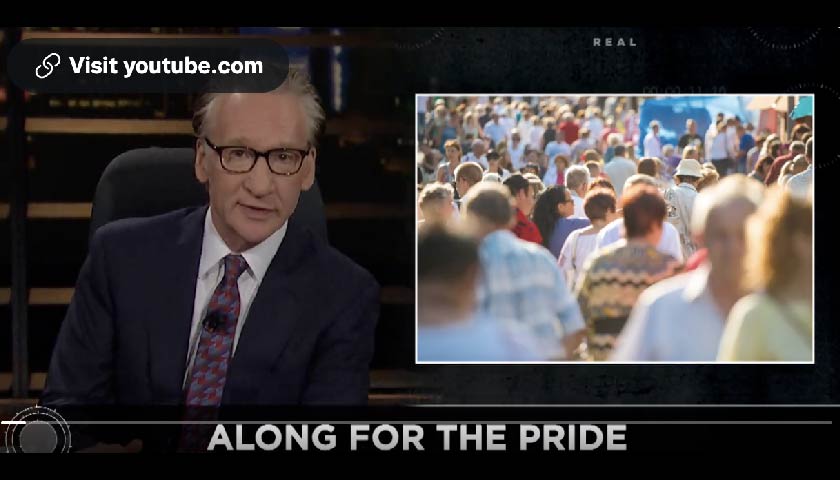 Liberal talk show host Bill Maher is once again attempting to be the “voice of reason” for his radical, mentally ill political party.

And it’s not that Bill is being “red-pilled” or anything like that, he’s a liberal through and through and will always be a liberal, period and end of story… but he’s old school, and while all liberals are whackos to some extent, some are way worse than others. Especially these crazed parents with Munchausen Syndrome by Proxy, who are turning their poor children into little progressive accessories by chopping off and sewing up their genitals.

It’s disgusting, it’s mental illness, and it actually should be criminal.

Liberals are trying to tell us that an 18-year-old can’t be held responsible for a student loan because it’s too confusing, but a 4-year-old can decide to change their gender?

When I was 4-years-old, I thought I was a butterfly… thank GOD my parents didn’t take me too seriously, or I might have had my arms chopped off and replaced with “wings.”

What these “gender-obsessed” parents are doing to their kids is child abuse, utter madness, and it needs to stop.

They want “attention.” They want to look like the “cool” parents with the trans kid, so their neighbors and progressive friends will “ohhh and ahhh” and treat them special. Like mini celebrities.

And that’s what Bill Maher is saying. He’s telling liberals they’re literally “experimenting” on their own children.

In case you missed it, Bill Maher did a massive segment condemning the trans kids trend.

“We are literally experimenting on our own children.”

And why isn’t anyone stopping this?

Just follow the massive money trail and the perverts.

The gender ideology movement has secured millions in taxpayer funding to promote puberty blockers, double mastectomies, prosthetic genitalia, and bizarre sexual fetishes to children. It has to stop. pic.twitter.com/dBjEBfMPxh

“Wake up parents! They are destroying a generation of children for profit!”

“ONE surgeon has made $20 million removing 2k girls healthy breasts. Let that sink in for a minute. When someone asks – why would healthcare professionals lie about this? Here’s your answer.”

“Where are all the men to say no? To stop this?”

“Feminists used to be against FGM but now they’re not? Wtf? “

“Satan is in charge of public school”

“One Dr at this training boasted he has performed 2000 “top surgeries” on girls. Queer theory and trans ideology are demonic.”

“Your tax dollars are paying for people to steal your child’s innocence. The first part of that sentence is bad. The second part is criminal. But it’s codified into law in many states – including Washington State. Vote Republican in November.”

Can’t you just picture what the “Dr. Phill” type talk shows will look like in 15-20 years from now, with all these majorly screwed-up adults, who were “reassigned gender” at 5-years-old by their insane parents?

You can already see it play out.

I know it feels like we’re always “saving the kids” from the demonic left, but I can’t think of a better reason to fight. They’re America’s future.

Don’t give up on them. Get louder. Fight harder.