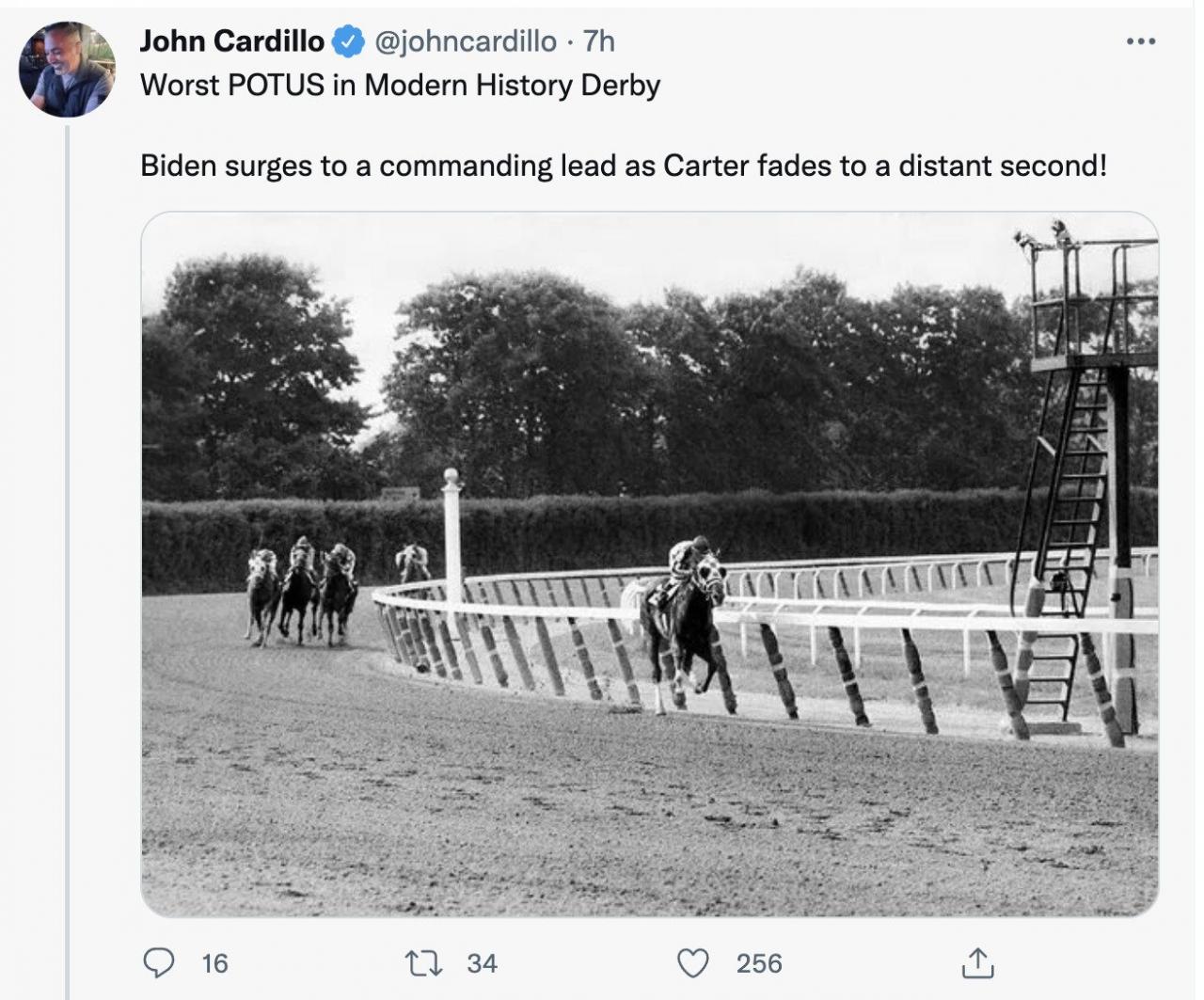 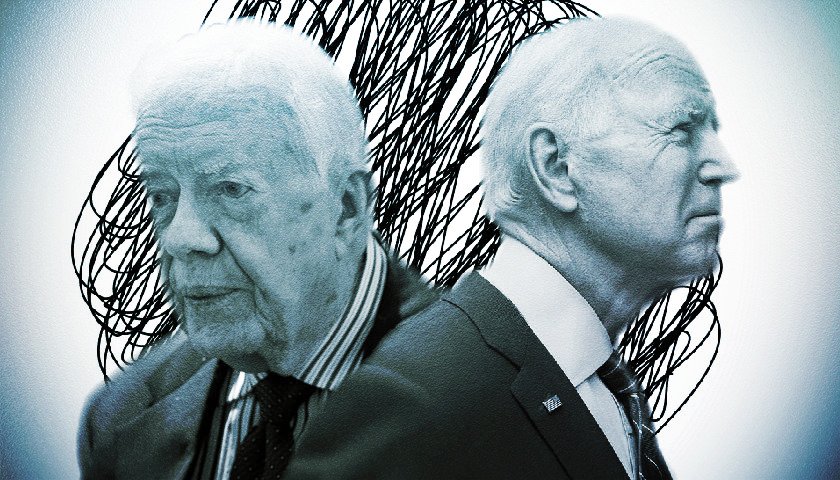 Today, the very left-leaning AP released a Biden poll that has him at an “all-time low.”

In that “friendly poll” Biden’s approval is at an embarrassing 39 percent. But we all know it’s a heck of a lot lower than that, don’t we?

One year ago, Biden’s approval rating in the AP poll was 63 percent.

That poll got people talking again about how Bumbling Joe Biden is the worst (fake) president in US history — which is super odd since I was told just a year ago that he was the most popular politician ever and won 81 million legal votes.

Not sure how that “math” works out, but anyway…

Biden is careening down the black hole of political irrelevance, thanks to one bungled disaster after another. The skid started with the Afghanistan withdrawal and just kept going: the border, gas prices, crime, economy, inflation, WW3, bare shelves, and now the baby formula nightmare.

But the real nail in the coffin for Joe isn’t his failures, it’s his brain. Joe Biden looks and sounds like he should be in a nursing home, not the White House. The American people see this, day after day, every time he opens his mouth, and it makes them uncomfortable, and angry.

MORE NEWS: The New York Post’s New “Joe Biden” Cover is One Of The Most BRUTAL We’ve Ever Seen

They don’t want a leader who behaves like he has a raging case of Dementia. That’s not what anybody voted for, especially “81 million” people.

So, as the “Carter/Biden” comparisons flood the internet, one girl named Jess had a very interesting take and pointed out one very dangerous difference between Biden and Carter.

The tweet is great. I don’t agree with all of it — I’ll explain why — but overall, this person nails it.

Jess was responding to this “carter-themed” tweet by former Newsmax host and conservative pundit John Cardillo:

Well said, Jess. She’s mostly right. Carter was well-meaning, and he’s a nice guy, who was just in way over his head.

And she’s also right that Team Biden is indeed malicious. These are communists and they will stop at nothing to hold power — even tanking the country, unleashing a virus, and stealing an election to win.

But they are also bungling idiots, too. It’s possible to be malicious and evil, and stupid, all at the same time.

Trust me, Joe Biden has been a dumba** his entire career. Is he a “dangerous” dumba**? Sure. But he’s still a clown and a fool, and calling him, and others out that way, is important.

Always MOCK the elites. It’s the one thing they can’t handle in life.

And don’t give these buffoons too much credit.

Some of what’s happening is by design, yes. But some is also by stupidity.

Elites are out of touch and live in a bubble and don’t understand how the average American feels, so when they make a move, they commonly misread the outcome and when it fails, they stand there shocked, as everything implodes.

So, it’s a mix of evil, calculated, dumb, and foolish.

And I guess that’s probably the most dangerous combo of all.