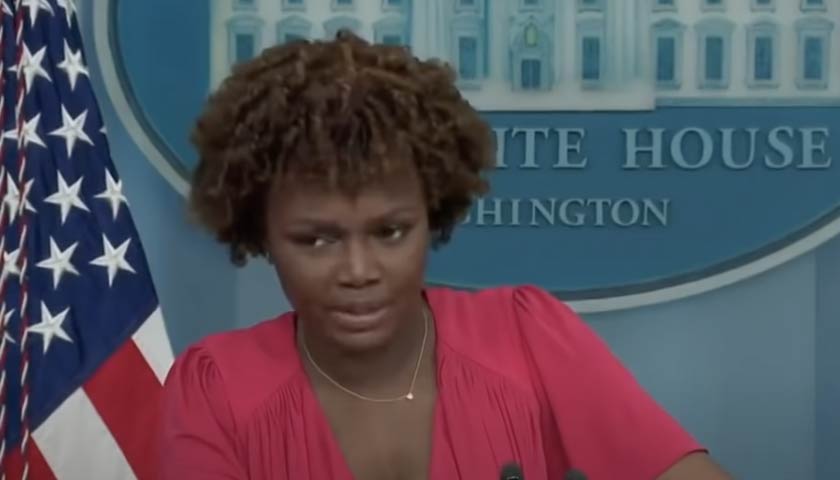 Well, we all knew it’d be hard to find a skilled liar and spin doctor like Jen Psaki. That woman is a flawless and shameless pathological liar.

I don’t think she’d know the “truth” if it came up and slapped her in that freckly face of hers.

Psaki was probably Joe’s best staffer because she could hold her ground and lie like a true champ.

Her big, floppy clown shoes will be tough to fill.

And as of now, it doesn’t look like the new gal, radical “Russia Hoax” kook Karine Jean-Pierre, is up for the job.

She’s gotten off to a really rocky start.

She sounds like Biden up there, confused, stammering, and looking lost and disheveled.

Not surprisingly, Peter Doocy has given KJP a real run for her money, and she’s not holding up well at all.

So, it now appears that they’re bringing in a “strong closer” for Karine…

Pentagon Spokesman John Kirby is now being moved to the White House.

CNN reported that Pentagon spokesman John Kirby is soon moving to the White House, a source familiar with the matter tells CNN.

While the details are still being finalized, Kirby is expected to take on a senior foreign policy communications role with the National Security Council. The Pentagon’s chief spokesman has become a prominent face of the administration amid Russia’s invasion of Ukraine.

He will not regularly do White House briefings, according to the current plan, but will supplement White House press secretary Karine Jean-Pierre at the podium when needed.

Well, by the looks of things, KJP is going to need all the help she can get.