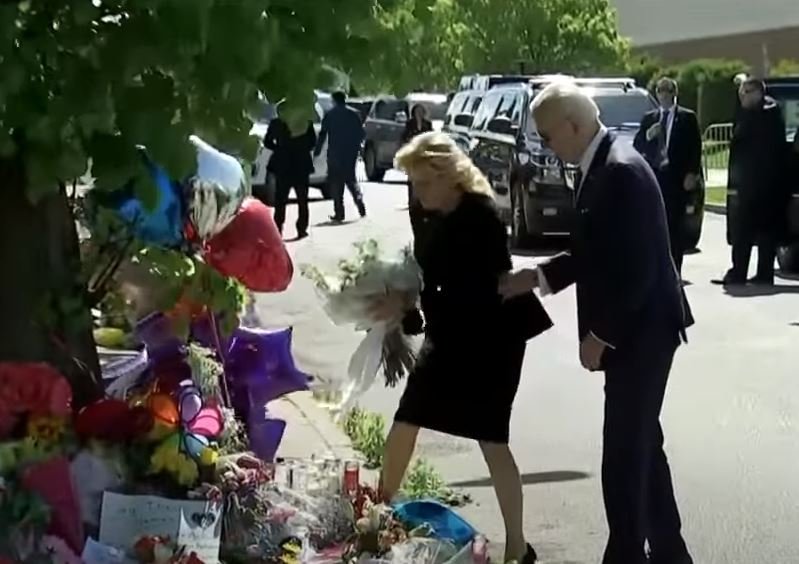 By Matt Mackowiak, with permission to republish from Real Clear Politics

The left in America has an instinct to use horrific events for their own purposes, to help them achieve what they were already attempting through other means. The mass shooting in Buffalo, N.Y. over the weekend is only the latest example.

Within hours (minutes?) of the news that a deranged racist drove to Buffalo to open fire at a grocery store serving primarily African American residents, an array of liberals launched intense criticism of the highest rated cable news host in prime time: Fox News’ Tucker Carlson.

When seeking to blame a cable news host for the actions of a mass murderer, one would hope facts would be considered before leveling such a charge.

In his 180-page manifesto, the shooter includes a chart claiming that Fox Corporation’s predecessor, 21st Century Fox, was run by Jews and accusing Rupert Murdoch of being secretly Jewish. The shooter posted photos of 34 individuals – all Fox News executives, anchors, reporters, or contributors – who either are Jewish (32), have a Jewish spouse (1), or is a Christian Zionist (1).

In the same manifesto, the shooter specifically denies he’s a conservative, writing that “conservatism is corporatism in disguise, I want no part of it.” He then goes on a long rant attacking conservatism. He specifically credits 4Chan and white supremacist websites for his own radicalization. Tucker Carlson, whom the hard left is blaming for this tragic mass murder, was not mentioned in the screed.

If using domestic terrorism incidents to achieve political goals is now a widely accepted tactic, then liberals and their platformed messengers need to answer for these recent incidents:

Let’s return to host Carlson for a moment. His nightly opinion news program certainly offers sharp commentary, much as MSNBC and CNN do, and he has been rewarded with high ratings and a large and loyal audience built over time.

His critics, who have tried to destroy his nightly platform with advertiser boycotts, smear campaigns, and public pressure, have failed up until now. But they also intentionally miss a key fact: Carlson has repeatedly denounced political violence as a tactic, something the left refuses to do (as we have seen at the homes of Supreme Court Justices and during police protests in recent years).

Reviewing Carlson’s show transcripts and public record, it is easy to identify at least 26 instances when the host specifically denounced political violence in no uncertain terms. Here are five of the most recent examples:

CARLSON: No, we should not put up with this stuff. No violence. Period.

CARLSON: We’ve consistently denounced political violence of any kind, no matter who commits it, even [when] places like Yahoo News were giving a pass to the BLM rioters who killed dozens of Americans.

SEN. RON JOHNSON: Now, I have to say, I condemn the violence. We all do. It is repugnant. It was repulsive.

CARLSON: Well, we’ve been against, obviously, violence and terrorism since the day the show went on the air.

While Carlson has repeatedly condemned violence, those on the left continue to ignore violence and refuses to condemn it, except when they can blame anyone they define as a “right-wing figure.”

The Buffalo mass murder was an unspeakable, racist crime that deserves the harshest punishment allowed by law. Law enforcement must be investigated as to why the shooter was legally able to buy a gun after making threats against a school previously. Liberals and progressives should focus their attention on 4Chan and white supremacist websites, which the shooter specifically cites as the cause of his racism and hate.

Facts matter – or at least they should.