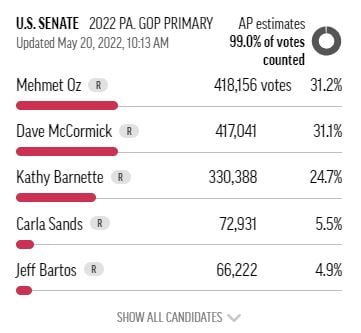 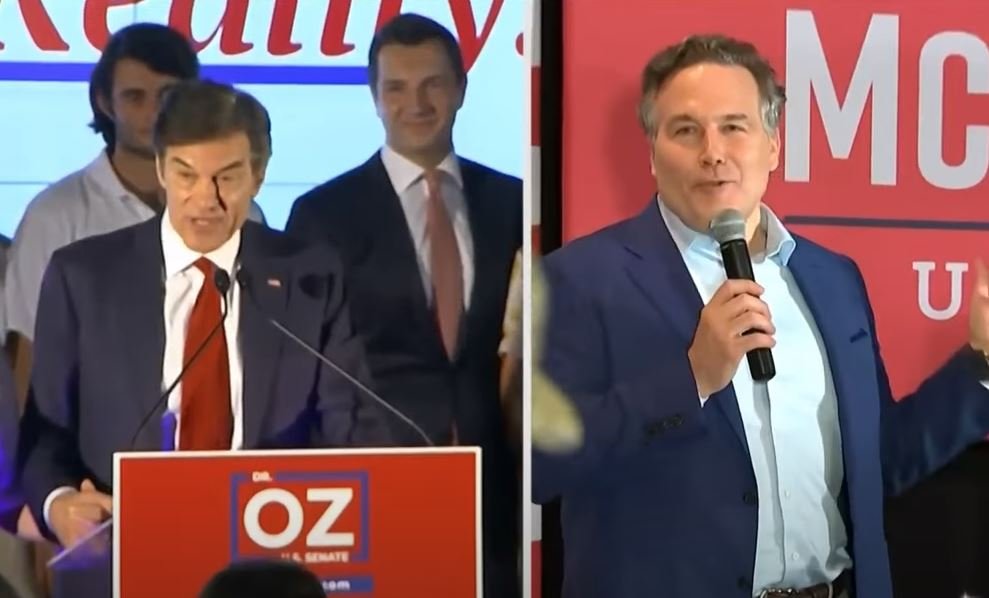 THIS IS THIRD WORLD ANTICS–

It’s been nearly three days since the Tuesday primary election in Pennsylvania.

And there is still no winner.

Allegheny County will not report their numbers UNTIL MONDAY!

And provisional and military ballots have yet to be counted!!

As a reminder– The Gateway Pundit reported extensively on how Democrats were stealing military ballots in several battleground states during the 2020 election. This was a national tragedy that was ignored by the media.

And now we hear the military ballots have yet to be counted in Pennsylvania? This is complete lawlessness and should concern every American.

You cannot trust the voting in one of America’s largest states. This is a crisis!

Let’s see how this unfolds. The regime is in control.

Oz, who was endorsed by former President Donald Trump, led McCormick by 1,240 votes, or 0.09 percentage points, out of 1,334,376 ballots counted as of midday Thursday. The race remained close enough to trigger Pennsylvania’s automatic recount law, with the separation between the candidates inside the law’s 0.5% margin.

Oz’s margin has narrowed in the past day, as county election officials continue to count mail ballots, but election workers still have thousands of ballots left to count in the exceptionally close race. Pennsylvania’s Department of State, which oversees elections, said Thursday that there are about 51,000 mail-in and absentee ballots — 17,000 in the Republican primary — left to be counted…

…Statewide, McCormick was doing better than Oz among mail ballots, while Oz was doing better among votes cast on election day. Counties also must still count provisional, overseas and military absentee ballots before they certify their results to the state by next Tuesday’s deadline.

The post BANANA REPUBLIC: Pennsylvania STILL Has Not Counted Provisional and Military Ballots in GOP Senate Primary Race — Results in Allegheny County Not Expected Until MONDAY! appeared first on The Gateway Pundit.