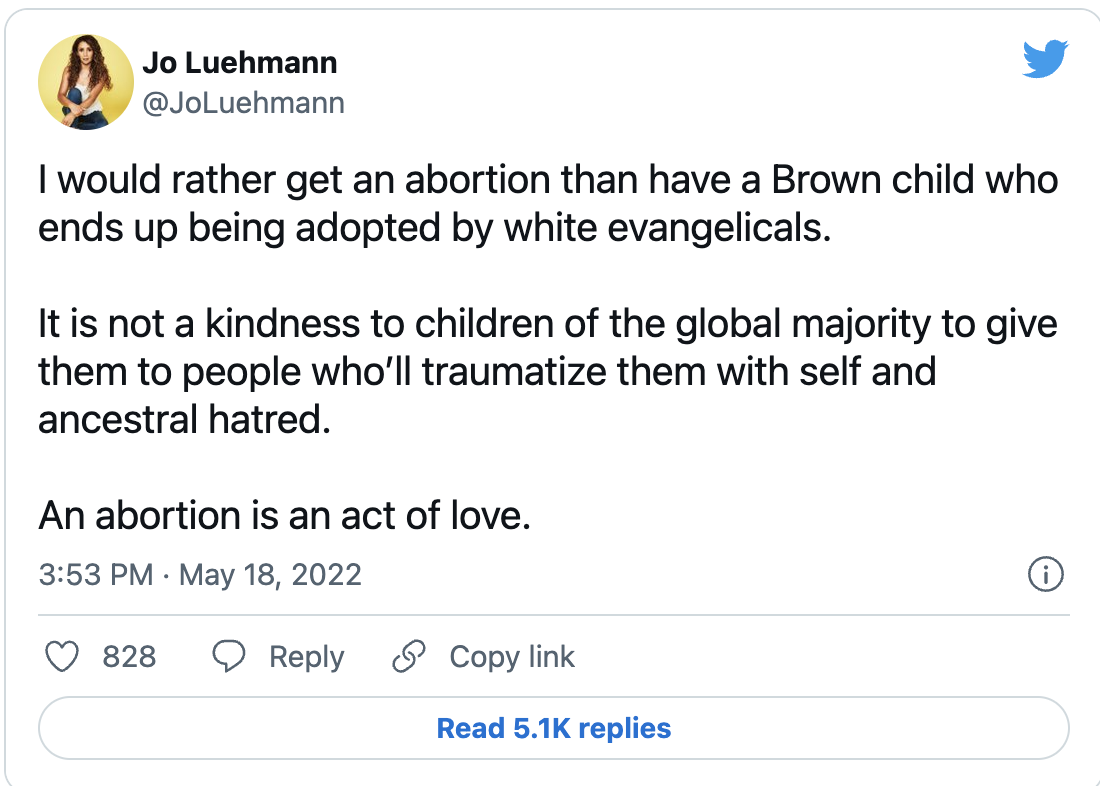 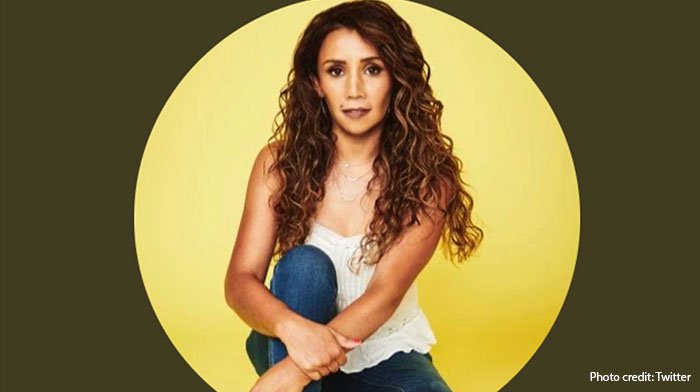 It will literally have your stomach-churning… but this is today’s Democrat Party. They are radical, foam-at-the-mouth demons.

And this radical liberal woman took to Twitter where she stated she would rather kill her own “brown” child in the womb than allow it to be raised by white Christians.

According to her, an abortion like that would be an act of “love.”

These people are absolutely hateful filth.

Her name is Jo Luehmann, and she has a blog that is so hateful and filled with racism that it’s sickening beyond words.

Here’s what Jo said: “I would rather get an abortion than have a Brown child who ends up being adopted by white evangelicals. It is not a kindness to children of the global majority to give them to people who’ll traumatize them with self and ancestral hatred. An abortion is an act of love.”

It’s hard to believe that evil like this exists in the world.

It’s also hard to believe that anyone would write something so inhumane and hateful for all the world to see, but the left just keeps pushing the limits on evil.

Of course, this woman’s crass words horrified many people, and they shared their concerns, some even saying they would pray for her, which she told them not to do.

“I’m a brown child who was adopted by a white family who practices Christianity. I have an amazing life, family and friends. I’m glad to be alive. I cannot tell a woman what to do with their body, but in no way is this an act of love to spite one race of people. Don’t speak for us”

“So you believe Colin Kaepernick would have been better off had he been aborted before birth?”

“”Murder is an act of love” How lovely”

“So, you’re admitting that White Evangelicals adopt a large proportion of unwanted babies?”

”So you would rather horrifically murder a baby in the womb than let that baby be adopted by a couple who happens to have different skin color then the baby? This is evil! Abortion is murder, not love! Repent and surrender to Christ”

“The saddest thing about many people, including this person, is how lost they are and they don’t even know it.”

This tweet really represents just how far gone many on the left are.

At this point, is there any saving them?