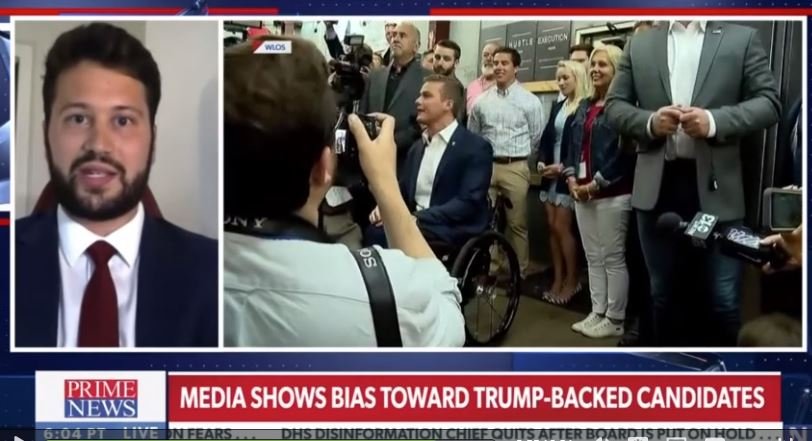 Cawthorn had two things against him: He loved MAGA and Trump and he spoke the truth about Washington corruption. For this, Republican elites and their Democrat allies spent millions of dollars and ran a vicious smear campaign to take him out.

If Republicans were a serious political party they would have done all they could to defend and promote this amazing young Republican politician.

But they aren’t and they didn’t.

According to Micah Bock, the North Carolina Republican establishment GLOATED after the Uniparty defeated MAGA Rep. Madison Cawthorn, the youngest member of the US Congress.

Micah Bock: I think there is about 2 million reasons on why he lost the election last night. And those reasons are every single dollar of dark money that flooded into his district from outside donors from outside of NC-11. Specifically $300,000 the flooded into the district through a North Carolina federal senator. So if you want to talk about the reasons why young conservative politicians may not stick with the norm of the establishment viewpoints, why they may get the stick more often than not, you have to look at where the establishment is sending their money. And unfortunately in this case they sent that money to silence a young conservative voice.

When asked if Cawthorn’s loss will embolden the mainstream media Bock had this to say.

Micah Bock: I think it absolutely will. And I don’t think it’s just going to embolden the mainstream media. There was a piece by the Daily Beast that is a far left news organization where they interviewed members of the North Carolina GOP establishment who were gloating about the articles that were published about Congressman Cawthorn. And they were gloating about the efforts they had taken to undermine his candidacy.

It should be clear to every Trump voter at this point that the Republican Party establishment is on the other side. The GOP party elites at this point have more in common with Democrats than they do with their voting base. That is not opinion but fact.