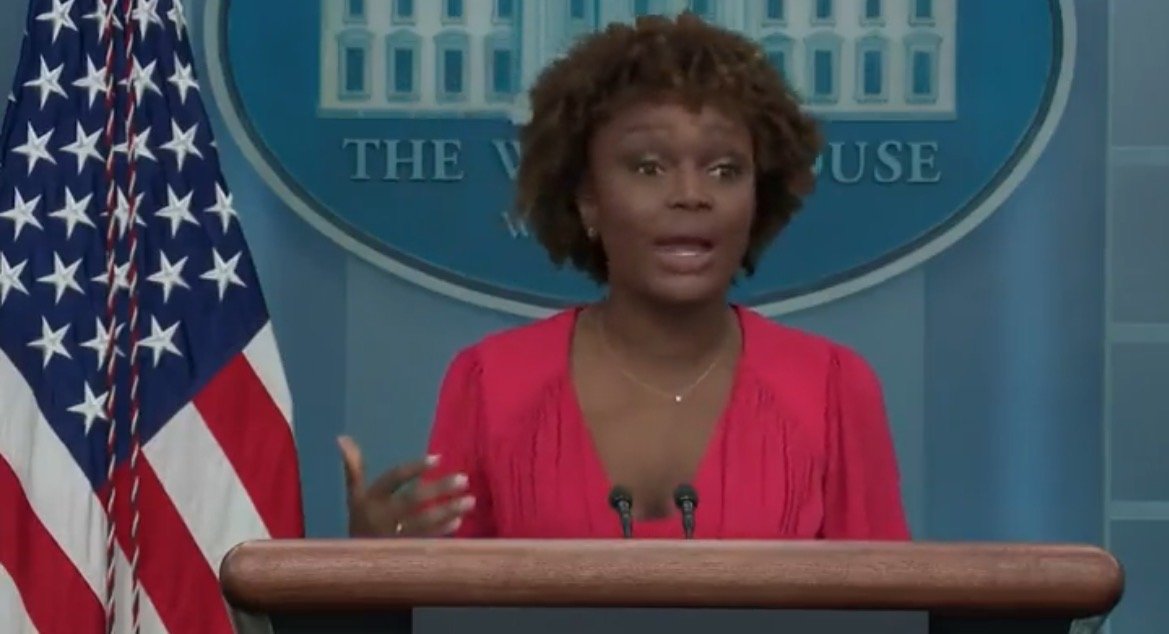 White House Press Secretary Karine Jean-Pierre on Monday took over the press briefings after Psaki exited the position on Friday.

Karine Jean-Pierre wanted the reporters in the briefing room to know how special she is because she is a black lesbian.

“I am obviously acutely aware that my presence at this podium represents a few firsts. I am a black, gay, immigrant woman—the first of all three of those to hold this position, I would not be here today if not for generations of barrier-breaking people before me. I stand on their shoulders.” the 47-year-old daughter of Haitian immigrants said.

Karine Jean-Pierre: “I am a black, gay, immigrant woman—the first of all three of those to hold this position.” pic.twitter.com/IhoNrYpbC2

Karine Jean-Pierre spent all day Monday talking in circles and not really answering any questions.

But she’s a lesbian so all is good in the world.

Karine Jean-Pierre’s first briefing as press secretary: a lot of talk, but no answers — just like the Biden administration. pic.twitter.com/BhFewmFU57

The post Biden Spox Karine Jean-Pierre: “I Am a Black, Gay, Immigrant Woman – the First of All Three to Hold This Position” (VIDEO) appeared first on The Gateway Pundit.