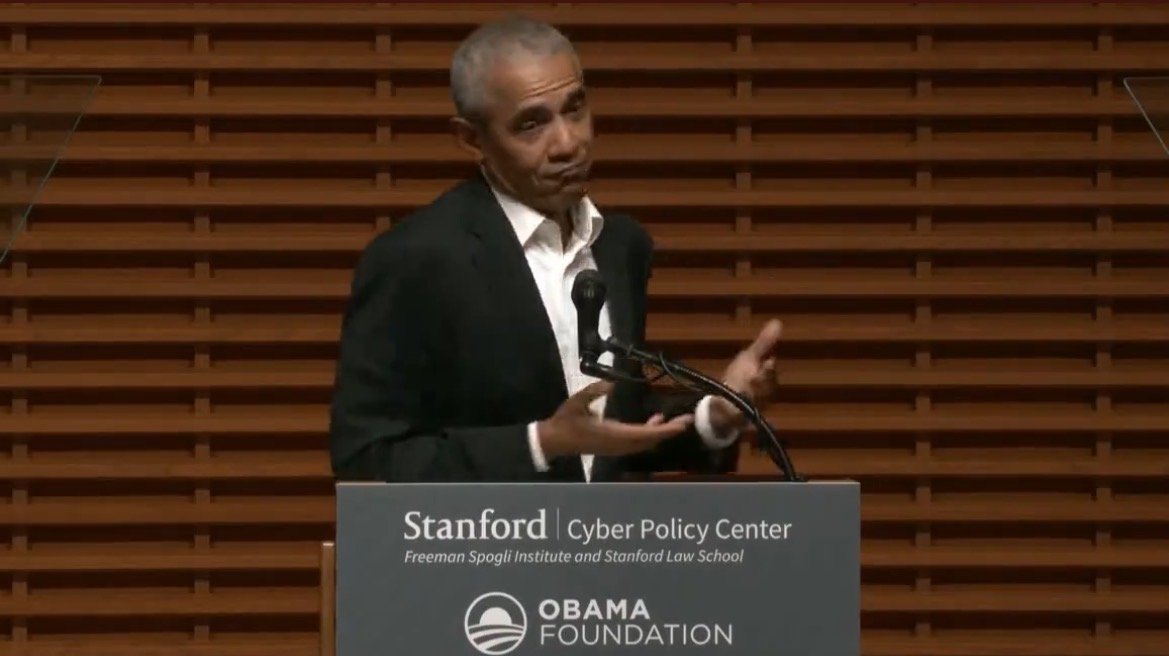 Obama gave a speech at Stanford University where he claimed that the answer to the destruction of the US government is more government.  This is what communists think.

Daniel Greenfield penned an Op-Ed at Israel National News, where he addressed the madness of Barack Obama.  Greenfield reported on Obama’s recent speech at Stanford University.  TGP reported on this previously.

Daniel Greenfield had this to say about Obama’s speech – here are some key points:

Like every Obama speech, “Challenges to Democracy in the Digital Information Realm” didn’t offer anything new, just a distillation of familiar talking points and misplaced assumptions…

This quasi-religious conception of mass social mobilization pervades American society. It’s the precondition for wokeness because the only possible moral justification for terrorizing random people on social media is the conviction that governance isn’t political, it’s social, and that the only way to avert climate change and social inequality is by controlling what everyone believes…

Introduce disagreement and you “raise enough questions” that people “no longer know what to believe” and then “lose trust in their leaders”, “mainstream media” and even “truth”. Stripped of all the Brookings Institute globalist prose, what Obama is really saying is that individual disagreement undermines the state. And that truth is dependent on public faith in the state.

This is a value system utterly at odds with the Declaration of Independence and the Constitution, one which envisions an intimate link between individual speech and state authority that would have horrified King George III, but absolutely delighted Hitler or Stalin.

It assumes that there can be no other legitimate points of view other than the official one and that there should be no leaders except those who share them. Limiting the range of opinions is necessary to protect state power because there is no distinction between them and the state.

This was an excellent analysis of the far-left, Obama and communism.  But then again, they are all the same.

The post “To Obama, the Threat to Democracy Doesn’t Come from Government Power, But the Lack of It” – Daniel Greenfield Eviscerates Barack Obama’s Stanford Speech appeared first on The Gateway Pundit.