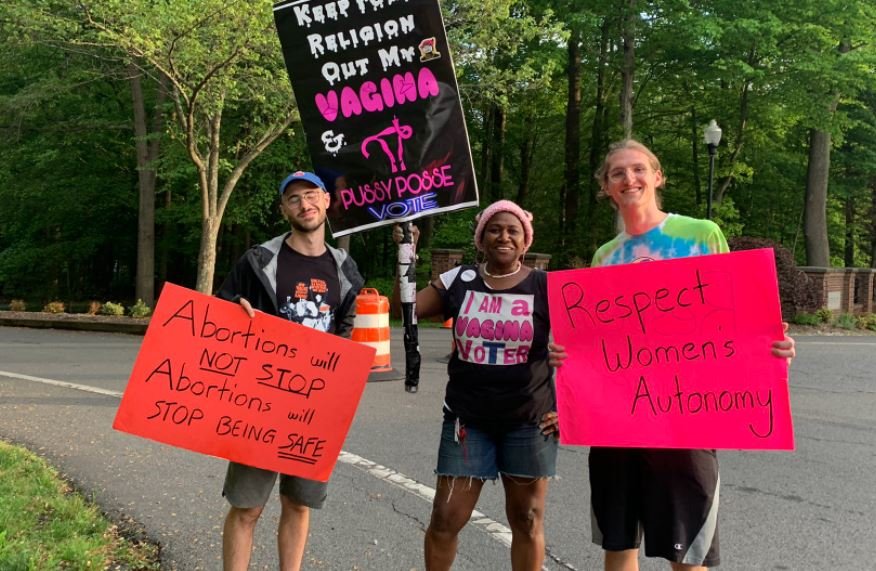 The godless pro-abortion mob was outside of Clarence Thomas’s neighborhood on Saturday night.

Pro-abortion protesters with, “I’m a vagina voter,” and “Keep your religion out of my vagina” signs.

Oddly enough, the HOA was not happy to see us and let us know through some subtle suggestions that we should stay on public land. (not pictured, the eight police cars waiting for us) #BansOffOurBodies pic.twitter.com/nPgGGVwmvl

The protesters were chanting threats against Justice Thomas’s wife.

We got some friendly honks, some mean looks, one “Get out of here!” and one “Get a job!”

It’s Saturday, folks, we have the day off. #BansOffOurBodies #GinniThomasIsAnInsurrectionist pic.twitter.com/c6V2pkMzqt