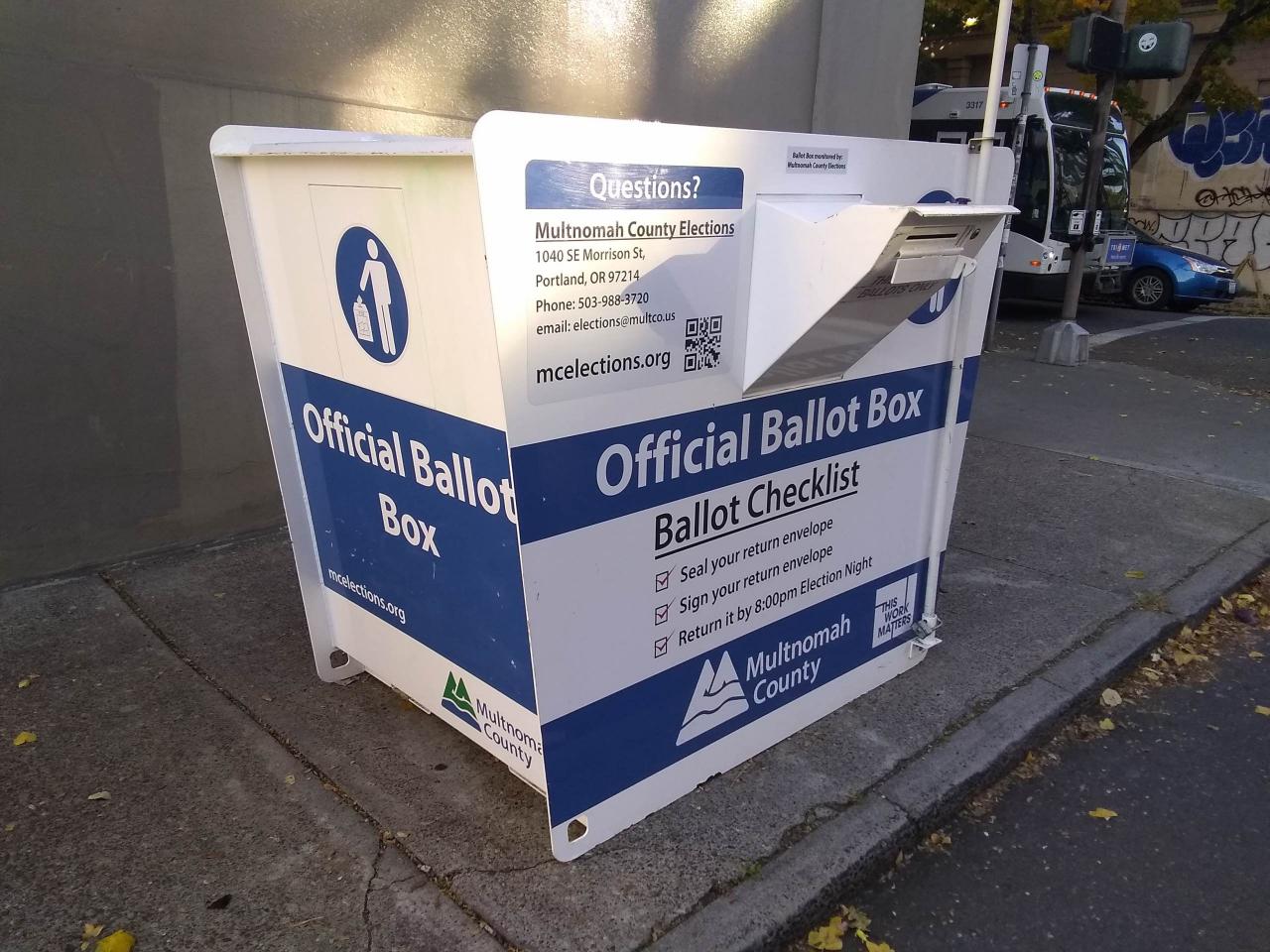 Infamous for being one of the early adopters of vote-by-mail, Oregon always looks for ways to expand the methods that unscrupulous individuals can take advantage of the system. The latest example being a new law that allows ballots to be counted long after election night as long as the envelope was post marked for election day. That could even mean it was put in a postage box after 8:00 PM on election night. That could mean piles of extra ballots found sitting in a bin in some post office that employees “forgot about” until seven days after an election. In the event of a close race separated by only a few votes, that could mean the public would have to wait weeks for that election to be certified.

The new PSA is the latest project in the Trusted Info 2022 campaign, a national effort to pre-bunk false election information.

Oregon Secretary of State Shemia Fagan released a new PSA today to educate voters about the postmark rule. This is the second PSA the Secretary has released as part of the Trusted Info 2022 campaign. The new PSA is available in English, Spanish, Russian, Cantonese, Mandarin, Vietnamese and Somali.

“Our best tool in the fight against false information is true information,” said Secretary of State Shemia Fagan. “We are committed to reaching Oregon voters early and often so the first thing they hear about Oregon elections is the truth.”

A new law in Oregon known as the “postmark rule” says that any ballot postmarked by Election Day is considered on time even if it arrives at elections offices up to 7 days after the election. Voters may be able to put their ballots in the mail as late as Election Day if their mail is collected by USPS and postmarked that day.

The new law will mean that the total number of votes cast in the election will increase in the days following Election Day. These are not “late” votes. Every vote tallied by elections officials will have been cast on time.

The new law could mean that very close contests will not be decided on election night. Even if the results come in a little slower, they will be accurate.

The State Legislature passed the postmark rule into law in 2021.

Prior to this ballots had to be received by 8:00 on election night, regardless of when they were mailed.

Fagan and the state Politiburo even decided to blow tons of public money on a happy little PSA video series to explain the new law:

Odd that they chose to release a version of the ad in Russian. You know, literally Putin’s Puppet, Russian Hackers

This seems to be part of a new theme, as the office had released a similarly animated and voiced video earlier on to explain the basics of the elections in Oregon.

This will surely come to many more states after Oregon “successfully” demonstrates the effectiveness of this new tactic.

The post Oregon To Allow Ballots 7 Days After Elections With New Postage Date Law appeared first on The Gateway Pundit.