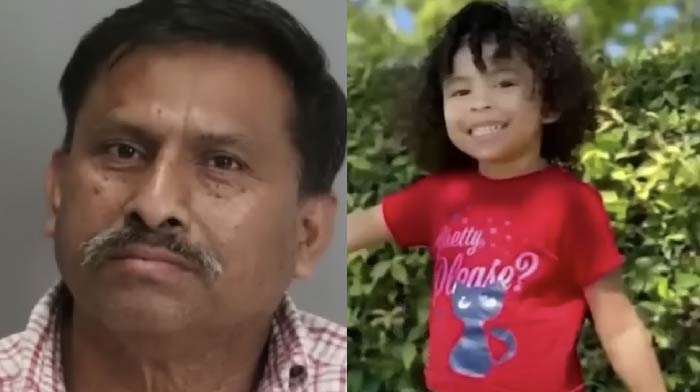 You read this type of story, and you seriously wonder what the hell is wrong with people.

A little 3-year-old toddler would wake up in the middle of the night sometimes and “cry,” and this led her mother to believe she was possessed by an evil spirit and needed to be exorcised.

So, the idiotic mom turned to her father, a pastor at a crazy church in San Jose, California, and asked him to perform the exorcism.

However, things went very wrong, and the poor little girl ended up dead inside the church… they suffocated and choked her after hours or torture.

Daily Wire reported that grandfather, Rene Trigueros Hernandez, who is also the pastor of Iglesia Apostoles y Profetas, admitted last week to his part in a ritual, where 3-year-old Arely Naomi Proctor was reportedly held at her waist and neck in an attempt to get her to vomit an evil spirit out of her body. Proctor’s uncle was also arrested Wednesday for his role in the attempted exorcism, and her mother was previously arrested and charged on January 31.

MORE NEWS: Loony Actress Andie MacDowell Says Trump’s Victory Caused Her To “Drop Her to Her Knees” On a Film Set

Court documents say Proctor’s mother told police she believed her daughter was possessed by an evil spirit “because the victim would wake up and scream or cry periodically.”

The ceremony that led to Proctor’s death allegedly went on for hours, resulting in severe injuries to the girl’s eyes, face, neck, and chest, as The Daily Wire previously reported. Proctor died at the church where her family reportedly attempted an exorcism on her. The medical examiner ruled that she died of “asphyxia due to suffocation.”

According to court documents, Hernandez-Santos did not call 911 until up to two hours after her daughter’s death, The Mercury News reported.

The mom has basically shrugged the whole thing off as if it’s no big deal, and another member of the church did the same. He said the church has a clean conscience, and nobody did anything wrong, claiming the little girl died of “natural causes.”

That same person then said, maybe they could have handled things a little better and at least called an ambulance for the girl.

I hope every one of those people rots away in prison.