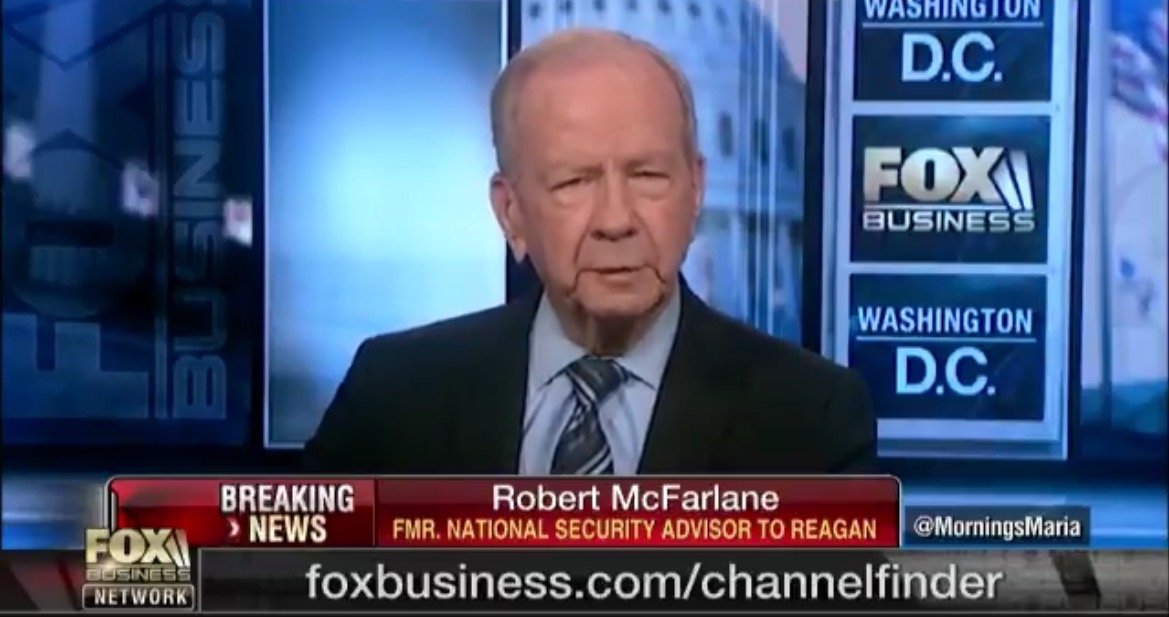 Robert McFarlane, former National Security Advisor to President Ronald Reagan passed away on Thursday at the age of 84.

Former White House national security adviser Robert C. McFarlane, a top aide to President Ronald Reagan who pleaded guilty to charges for his role in an illegal arms-for-hostages deal known as the Iran-Contra affair, has died. He was 84.

McFarlane, who lived in Washington, died Thursday from complications of a previous illness at a hospital in Michigan, where he was visiting family, according to a family statement.

“As his family we wish to share our deep sadness at the loss of our beloved husband, father and grandfather, and note his profound impact on our lives,” the family said in the statement. “Though recognized as a strategic political thinker, we remember him for his warmth, his wisdom, his deep belief in God, and his commitment to serving others.”