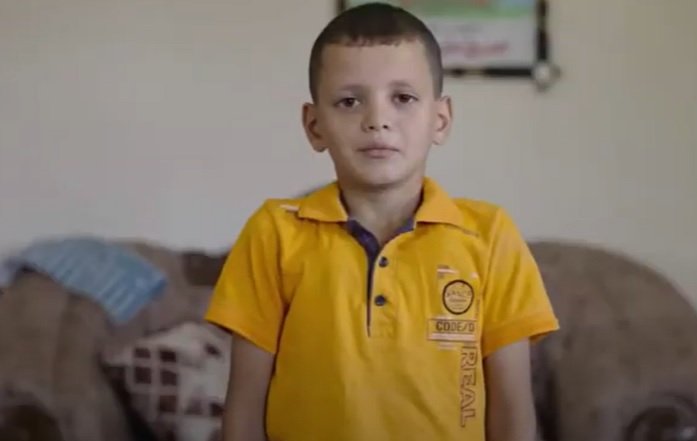 A film created by Hamas tells the story of children killed in Gaza in eleven days in May 2021 but it fails to place any fault or narrative on Hamas’s actions leading up to the Israeli attack.

The Jewish Voice shares the following about the movie.

A Hamas propaganda film is currently playing in a dozen British theaters under the guise of being a documentary of Israel’s Operation Guardian of the Walls, say bloggers who have seen the movie.

“Eleven Days in May” consists of interviews with the families of 28 children out of 66 who were killed in the Gaza Strip when Hamas began launching rockets at Jerusalem on May 10 and the IDF retaliated with airstrikes.

The directors decided that to bring home the cruelty of war, they would show pictures of many of the children’s bodies after their deaths. This decision gave the movie a “18” rating so that no one younger could legally see it in the theater.

No historical context of the Palestinian-Israeli conflict is provided for the viewers. Israel is blamed for starting the mini-war. Nothing is said about Hamas and Palestinian Islamic Jihad firing over 4,000 rockets indiscriminately at Israel over the 11 days of fighting, killing more than a dozen civilians, including two children, and injuring some 200.

Israel is deceitfully portrayed as aiming for the children. Actress Kate Winslett, who narrated the movie, says at one point, “A plane fired a missile at” two youngsters, killing them.

The movie does not mention that many of the children were killed while Israel was focusing on legitimate military targets, such as terror tunnels or senior Hamas operatives. Hamas’ military positions were located within the civilian population, used as “human shields.”

Some useful context to provide would have been that the IDF has an extremely low ratio of inadvertent civilian deaths to combatants killed. In fact, the IDF uses a variety of means to warn civilians in the vicinity of a planned strike to flee ahead of time.

Four children in a single family were killed by terrorist rockets that were aimed at Israel but fell short. At least two teens were not innocent bystanders, as according to documentation by the Meir Amit Intelligence and Terrorism Information Center, they were members of terrorist organizations in the Strip.

Below is a trailer of the movie.  It is described as follows:

One of our May Highlights, Eleven Days in May is a documentary shot in Gaza by local filmmaker Mohammed Sawwaf and dir. Michael Winterbottom. Following the 11 days of bombing by Israel of Gaza last year this documentary presents the reality of the human cost of war told by those left behind. Russell Brand hosts a Q&A with the filmmakers following the premiere screening at Picturehouse Central on Weds May 4th.

This is typical of Hamas and the far-left.  They praise Islamic terrorists and portray Israel as a monster.  This has been going on for years.  Hamas sends missiles into Israel hoping someone gets killed while Israel does all it can to protect innocent people near Hamas targets.  Then as always, Hamas plays the victim, and Israel is portrayed as the perpetrator.

The post Hamas Movie “Eleven Days in May” Provides One-Sided View of the Deaths of Children in Gaza in 2021 appeared first on The Gateway Pundit.