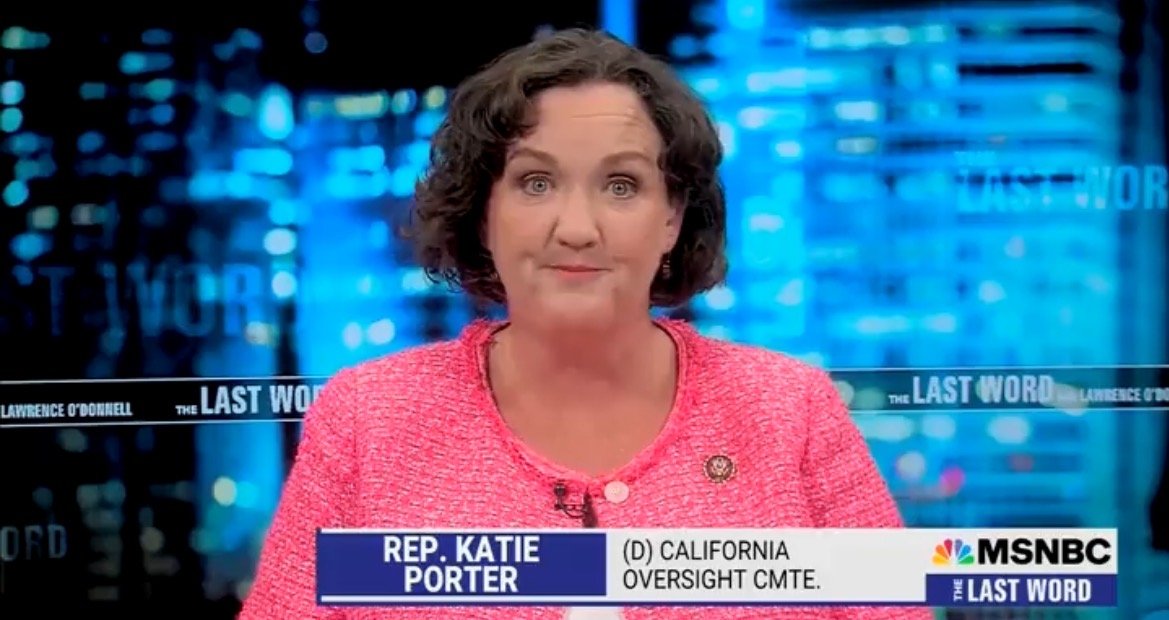 This is the same woman who peddled a story to Politico of how suddenly she came face to face with rampant inflation when she was recently grocery shopping and says she put back a package of bacon when she saw the price was $9.99 per pound.

Politico reports Porter is a single mother of three struggling to get by on the $174,000 annual salary for House members while maintaining two households.

Unmentioned by Politico is that Porter’s Congressional finance report valued her assets at between $1.2 million and $2.8 million.

Inflation is at 40-year highs, gas prices are at record highs and Democrat Katie Porter says this is why women should be able to have abortions on demand up until birth.

Porter was asked how inflation and abortion issues compare.

“I don’t think they compare. I think they actually reinforce each other…it could become more expensive to feed your kids and to fuel your car is exactly why people need to be in charge of how many mouths they’re gonna have to feed,” Porter said with a smile on her face.

“The fact that we’re seeing this jump in expenses … pay more at the grocery store, pay more at the pump, pay more for housing is a reason people are saying I need to be able to make my own decision,” she said.