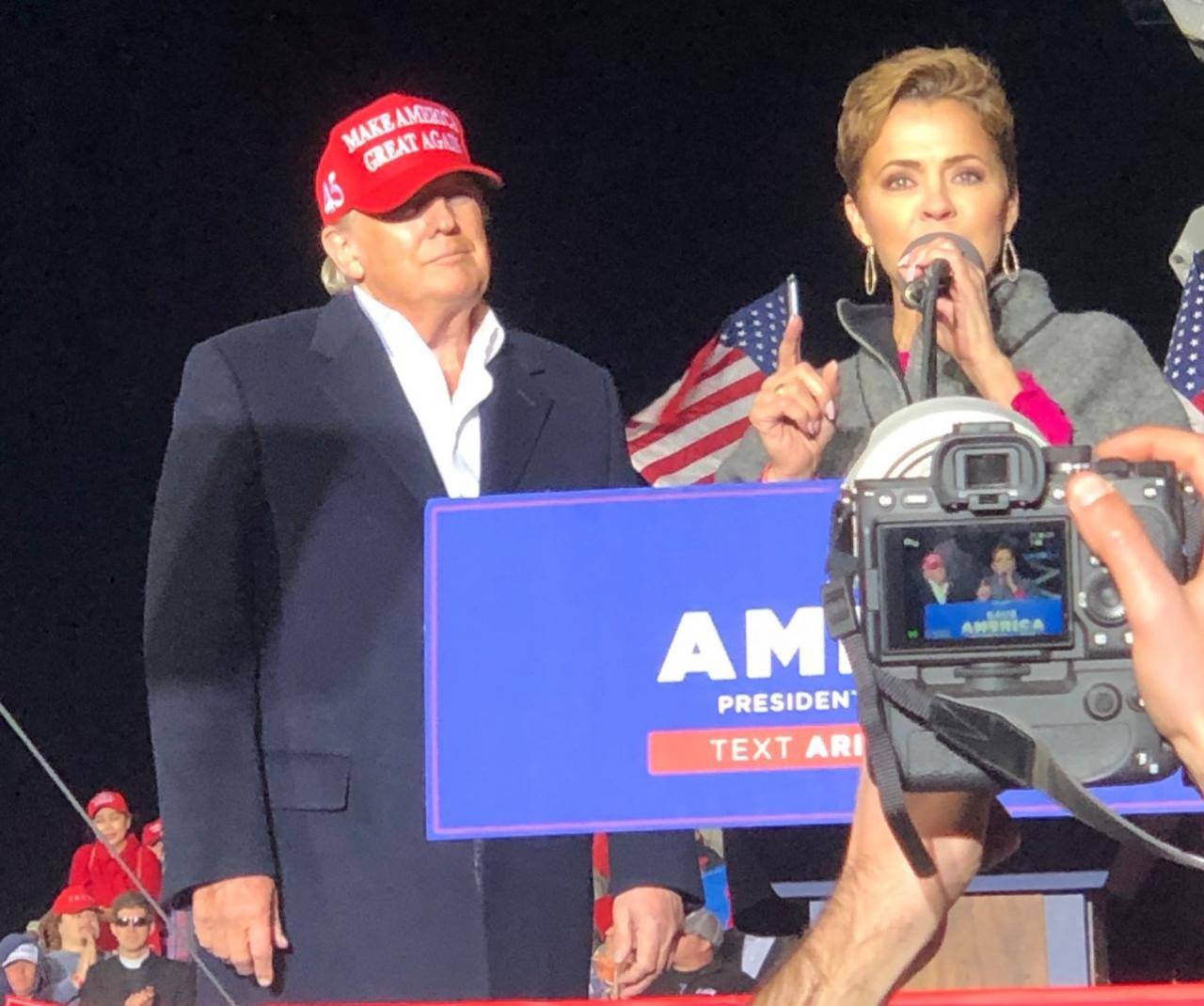 Trump-endorsed Arizona Gubernatorial candidate Kari Lake recently called out the radical left’s manipulation of the American public during a Newsmax interview after the release of Dinesh D’Souza’s “2000 Mules documentary.

President Trump invited hundreds of great patriots to his exclusive Mar-a-Lago resort to view a screening of the shocking 2020 Election documentary last week.

Lake, who has been vocal about the stolen 2020 election and RINO Governor Doug Ducey’s failure in certifying a rigged election, attended this screening after hosting her own premiere in Arizona.

“I left the 2000 mules premier to do this zoom interview thinking they were going to ask me about the movie, and they didn’t ask me about it, so I brought it up,” Kari said.

The nonstop fake news coverage of “conspiracy theories” surrounding the 2020 election came to a halt early last week when it was reported that a US Supreme Court draft decision to overturn Roe v. Wade and give States the right to make abortion laws was leaked to the press.

The Gateway Pundit reported that barricades were quickly erected outside the Supreme Court last Monday night after the news broke, and instances of violence broke out in multiple states. This was the same night that “2000 Mules” was set for release in over 200 theaters across the country.

And just like that, Roe v. Wade is the most important issue on the ballot this election. Forget about the MASSIVE never before seen inflation, the worldwide embarrassment following Biden’s fumbled Afghanistan withdrawal, the wide-open southern border, and the COVID tyrants. And most of all, forget about what happened before all of this on November 3rd, 2020, when the 2020 Presidential Election was stolen from President Trump.

Just like that…. the 2022 midterms became about Roe vs. Wade instead of lockdowns, inflation, Afghanistan, border crisis, supply chains, & mandates.

That was pretty easy.

As The Gateway Pundit reported, the press remained totally silent about the massive election fraud exposed by Dinesh D’Souza and True The Vote. Even Fox News failed to report on this!

THEY’RE ON THE OTHER SIDE: FOX News Joins Mainstream Media in Boycotting Coverage of “2000 Mules” Documentary on Nation-wide Ballot Trafficking Conspiracy to Steal 2020 Election

When Kari Lake was asked to do an interview, she had one thing on her mind, and it wasn’t the leaked Supreme Court draft decision. It was the rigged and stolen 2020 election and the 200+ “mules” that helped steal the election in Phoenix, Arizona alone.

Lake: I saw this coming when I heard that this information got leaked out from the Supreme Court. I think it really is a way to detract from Dinesh D’Souza’s movie, 2000 Mules. There’s no way that they can take what they’ve seen in this movie, and I’ve seen it now twice, and in any way try to tear it apart. The left is great, the media is great, the Fake news is great at lying and misleading people, but Dinesh D’Souza in this movie has laid out the mules that trafficked our ballots in, and funneled in hundreds of thousands of illegal ballots into our election in 2020. And they’re trying to detract from that because there’s no way that they can discount what is in this movie. It is black and white. And I believe they’re trying to create a situation in America where cities are burning, and people are talking about anything except the election of 2020 which was stolen. It is a shocking movie. Of course we’ve known about it because we the many of us in the America First movement have been following our stolen corrupt election. This lays it out. It is despicable what happened and it was obviously organized at a very high level.

But really quickly, you mentioned abortion, and I believe they leaked this out at this moment because they don’t want to talk about what is shown in this movie. But when it comes to abortion, and you talked about it, Rob, it really should be states rights. Every state should decide and if you don’t like the way the state has decided you can vote somebody else in.

The Left will do anything to distract America from @DineshDSouza’s 2000 Miles movie.

Do not stop talking about it. If networks don’t want to cover it, force them to. Send it to everyone you know. This is black & white proof that cannot be refuted.

Next, we need 2000 Arrests. pic.twitter.com/aiyMw4ammH

Kari Lake is the rare politician who understands what is important and what is needed.

The post SAVAGE: MAGA Arizona Gubernatorial Candidate Kari Lake When Asked About Roe V. Wade Leak: “I Think It Really Is A Way To Detract From Dinesh D’Souza’s 2000 MULES.” appeared first on The Gateway Pundit.