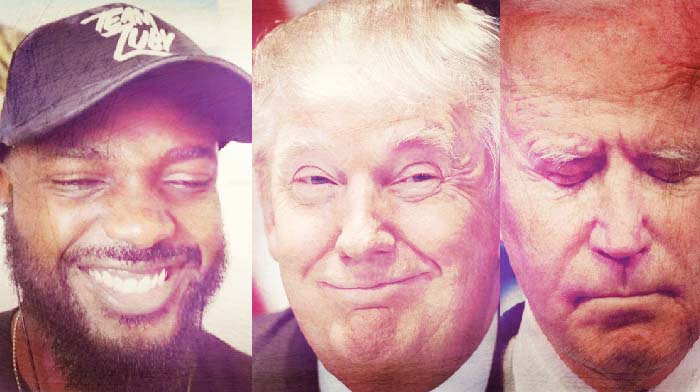 The reason the world feels like the Twilight Zone right now is that we’re all seeing what’s happening, but half the globe is pretending it’s not happening.

And I am referring to Joe Biden and his obvious case of Dementia or Alzheimer’s…or whatever else is eating his brain.

We all see it unfolding right before our eyes, every single day, and he’s getting worse, not better, yet, our media and a chunk of the country pretends like nothing is abnormal.

It’s totally normal for a man who is supposed to be the leader of the free world to not be able to speak clearly, or read a teleprompter, or remember basic facts about people, like their names and occupations.

Suddenly, after 4 years of hyper-focusing on every little thing President Trump did or said, we now don’t care about any of that, and “Alzheimer’s” in the White House is perfectly normal, just as long as Trump is no longer in office or tweeting “mean” things.

That’s the mentality of this minority group of people, and for some reason, we’re allowing this fringe bunch to call the shots and set the tone, and I don’t know why.

Thankfully, many people are saying “enough,” and speaking out and stating the truth — and one of those people is a British rap star by the name of Zuby.

This man is amazing, and he had the GUTS to say what most of our media and politicians won’t say.

He said what most of the world is thinking…

The USA was clearly doing better under Trump. They really got rid of that man and replaced him with someone with dementia, just because he upset some people’s feelings and made them feel bad. Sweet sweet democracy.

Millions of people would rather have a plummeting economy, sky high inflation, and awful foreign policy… So long as their feelings aren’t hurt and they don’t have to read triggering tweets lol.

And this is conjecture because you can’t prove a counter-factual, but I also doubt that Putin would have invaded Ukraine if Trump were still US President.

Give this man a gold star, he just nailed it better than anyone in our worthless media ever has.

The USA was clearly doing better under Trump.

They really got rid of that man and replaced him with someone with dementia, just because he upset some people’s feelings and made them feel bad.

Thank God for people like Zuby, and others in the foreign press, who have really been the only ones reporting the truth about Joe Biden’s condition and what it’s doing to the USA.

Without them, we’d have nobody willing to speak honestly about what’s happening.

This “safe space” mentality on the left has landed all of us and our country in a world of trouble. A bunch of weak, crybaby adults, who can’t handle words or opinions they don’t agree with, have created this bubble of absurdity that we’re all living in now.