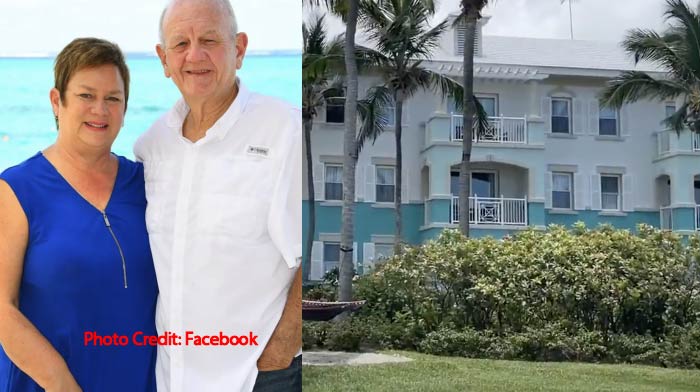 We still don’t know what killed three Americans and seriously injured one person at a Sandals Resort in the Bahamas.

There are many theories floating around out there.

One suggests it was possibly faulty AC units that killed these poor people.

There’s also a new report out that says guests have been complaining about a strong “pesticide” odor on the resort grounds.

Could that have poisoned those people?

But the one theory that has many people talking is the Bahama police’s new idea that it may have been a food-related issue.

They’re now exploring that theory, according to a report from The New York Post.

Bahamas authorities investigating the deaths of three Americans on vacation at a resort are looking into whether food played a role in the mysterious cases.

Police Commissioner Paul Rolle said Monday the victims had eaten different things and separately sought medical help after feeling ill the night before they were found unresponsive in two adjacent villas located in the same building at the Sandals resort in Exhuma Friday, the Nassau Guardian reported.

“They were all treated at different times and they ate at different places,” Rolle said of the victims, “so … we’re checking all of that, which we will hopefully be able to determine whether or not it was some food or something else that caused it.”

The deceased were identified as husband-and-wife travel agents Michael Phillips, 68, and Robbie Phillips, 65, of Tennessee (the couple on the cover of this article), and Vincent Chiarella, 64, of Florida.

Vincent’s wife, Donnis Chiarella, 65, suffered a severe reaction reportedly involving paralysis and swollen limbs, and was flown to a hospital in Miami.

The good news is that her condition has been upgraded from “serious” to “good.” So, thankfully, it looks like she’ll make it out of this nightmare alive. It’s so sad that she lost her husband, though.

Let’s just hope that once they get back all the blood tests and other test results, they’ll be able to explain exactly what happened and why we lost these poor people.