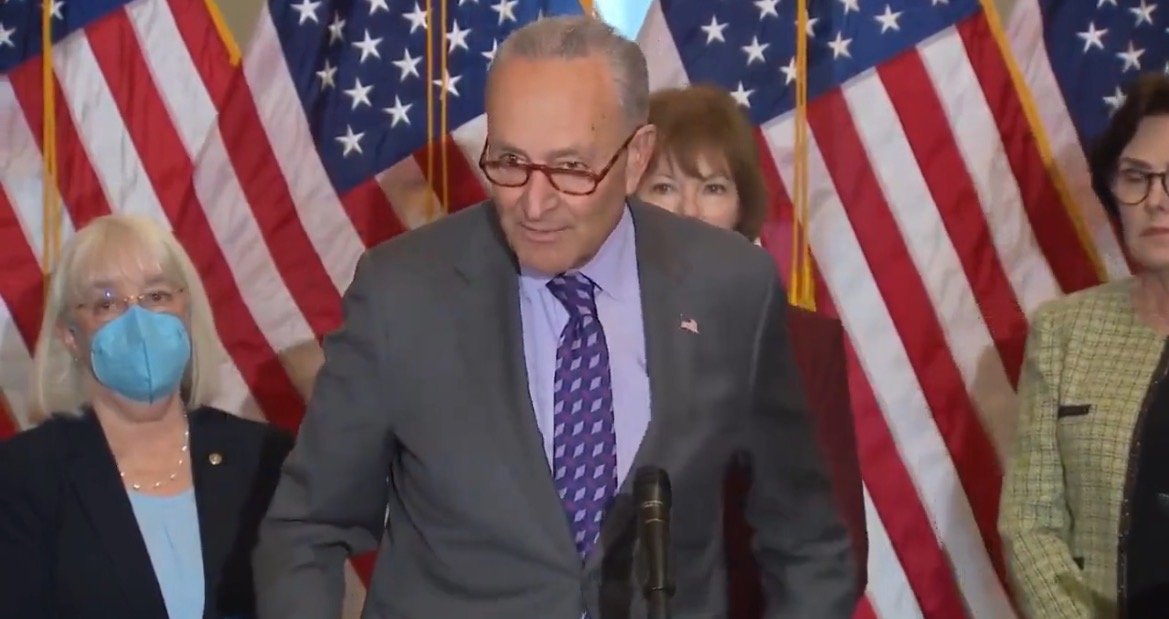 Protesters are trying to intimidate conservative justices in an effort to change the draft opinion on Roe v Wade.

“[It’s] not a valid form of protest because it’s a violation of the law. There is time and place for protests, and the federal statute makes it clear if you go to the house of a judge, the residence of a judge to influence the judge in his decisions and demonstrate that that’s a federal crime,” Bill Barr told Jesse Watters.

A reporter on Tuesday asked Schumer if he is supportive of the protests outside of the homes of SCOTUS justices.

“Are you comfortable with protests that we saw outside the homes of Supreme Court justices over the weekend?” CNN’s Manu Raju asked Schumer.

Schumer is not a judge so it’s no where near the same thing.

Q: “Are you comfortable with the protests that we saw outside the homes of Supreme Court justices over the weekend?”@SenSchumer: “If protests are peaceful; yes. My house, there’s protests 3-4 times a week outside my house.” pic.twitter.com/Mlu5dbHDbr

The post Schumer Endorses Criminal Conduct When Asked if He is Comfortable with Protests Outside Homes of Conservative Supreme Court Justices (VIDEO) appeared first on The Gateway Pundit.