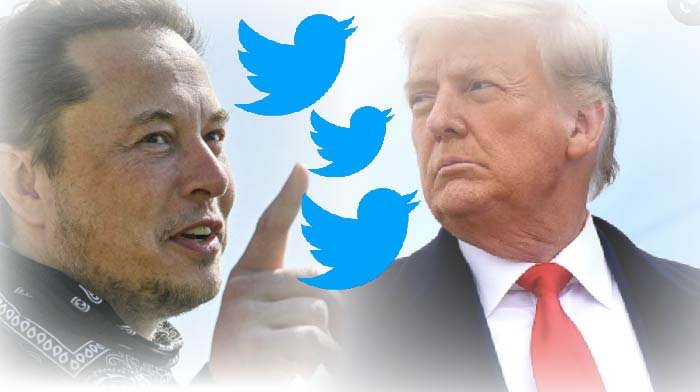 And even though Trump said he doesn’t want to come back to Twitter, it’s still right to undo that stupid ban, but there’s a downside, too.

It makes me feel like now, even more than before, The Regime will throw everything at him to stop the sale from going through.

We all know it’s not completed, and many people are trying to stop the sale.

I think this announcement will make it 1000 times worse. I wish he would’ve stayed “clandestine” on this topic.

Maybe that’s just me being (understandably) paranoid, but announcing you’re allowing Trump access to his 80-some million followers and that massive, massive pulpit will put the fear of God into Deep State, The Regime, and the GOP establishment.

All bets will be off if you ask me.

But Elon is determined to do it because he says the ban was “morally wrong,” and “flat out stupid.”

I can’t argue with that… he’s right. It should have never happened.

BREAKING: @ElonMusk says he would reverse Trump’s suspension from Twitter and called the ban “morally wrong” and “flat out stupid.” pic.twitter.com/ahRTaO5caV

If the sale goes through, it’ll be fully up to President Trump if he wants to use his Twitter account, or just stay on Truth… and that’s how it should be.

Taking President Trump off of Twitter was part of the entire 2020 scam… it’s about time that this wrong is reversed.

Let’s just hope this sale goes through and Elon has a chance to make it all right again.