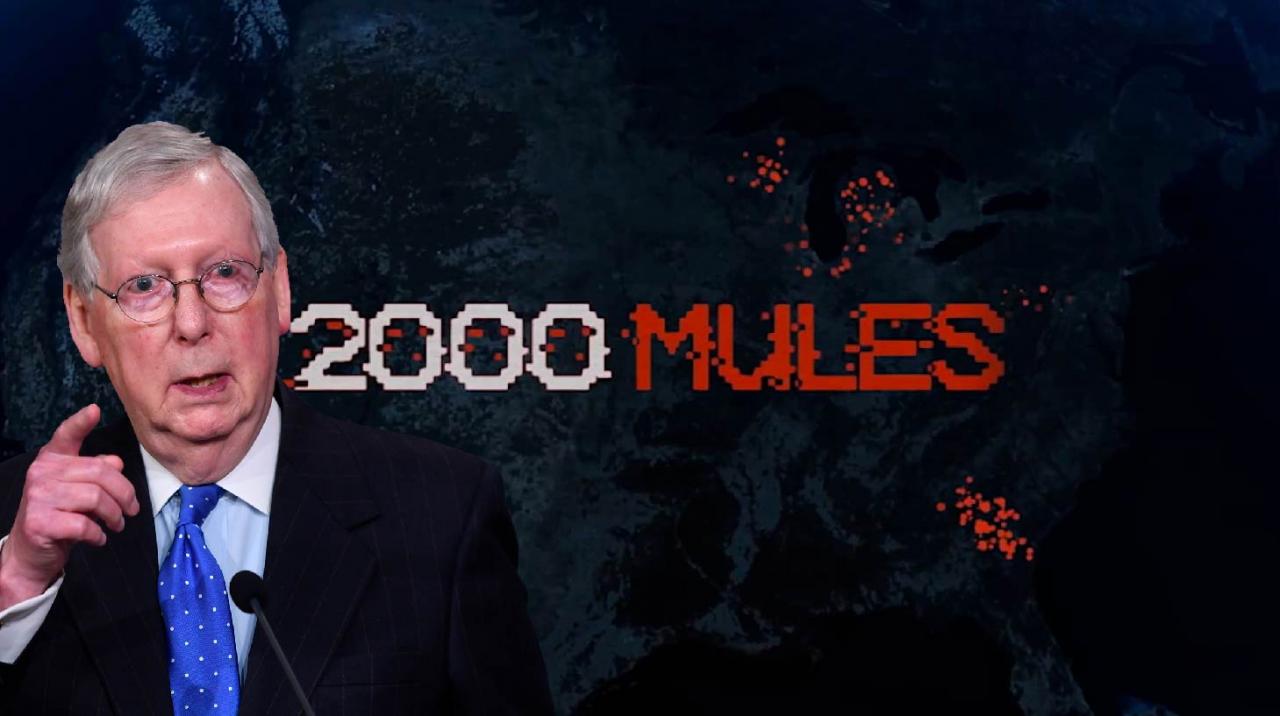 As you likely know, Dinesh D’Souza’s new movie “2000 Mules” is out, and it’s a barn burner as we all figured it would be.

Dinesh and the team over at “True The Vote” blew the lid off the ballot harvesting scam Dems used to “secure” the election for Joe Biden in 2o20.

It’s all there, caught on video, plain as day.

You’d think that would happen, wouldn’t you?

Well, that’s not even close to what’s happening… it’s so bad, we’ve got word from Dinesh that Tucker instructed his staff and guest not to mention the movie, and 90 percent of the GOP is completely MUM on the movie and the bombshell it reveals.

Seriously, what the hell is going on? How many of these jerks were in on it?

Well, TPUSA boss Charlie Kirk has a great new “litmus test” for the GOP…and I think you’re gonna like it.

Any GOP congressman or senator that doesn’t talk about this movie needs to go.

Sounds good to me…

Here’s what Charlie said: “If your Republican Senator or Congressman doesn’t comment on “2,000 Mules” then it might be time to replace them.”

If your Republican Senator or Congressman doesn’t comment on “2,000 Mules” then it might be time to replace them.

Here’s what fed up Trump voters are saying online:

“The silence from most republicans is very telling…”

“Was the Supreme Court leak done because they knew that 2000 Mules was being released?”

“We should be hearing about this 24/7. They are silent. They are stupid, corrupt and out of touch. They actually believed we would just “move on.”

“Get rid of these rino’s”

“I say, send them all copies on their web site. Tell them you want them to take action NOW! I did!”

“They don’t care that our votes were stolen. This is the worst political party ever”

“Most of them were in on it. Especially Ronna”

Ronna, McConnell, and McCarthy all need to go. We need a complete “leadership” overhaul in the GOP.

The RINO traitors calling the shots, do not represent us and they were in on it.