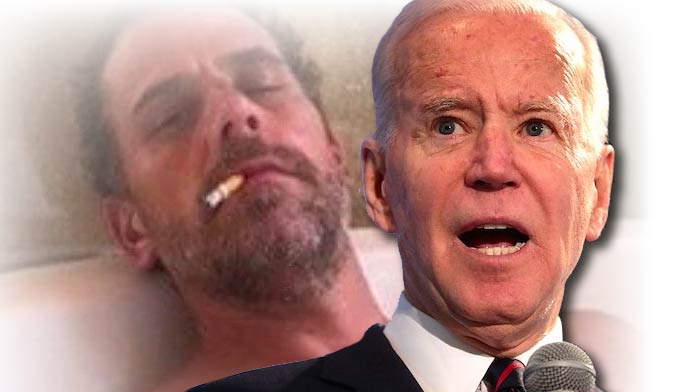 Hunter Biden and his ongoing saga are really taking a toll on what’s left of his father’s reputation.

Now that news of Hunter’s shady business dealings is no longer “buried,” more and more Americans are becoming hip to this fraud and the connection that Joe most likely has to it.

And Americans are not the least bit amused…

According to a Harvard poll, a whopping 67% of Americans say that Biden should be impeached if the controversy surrounding Hunter proves to be true.

That’s a lot of Americans… so much for that 81 million number, eh?

MORE NEWS: [VIDEO] Watch Jill’s Face As Joe Struggles to Get His Sentence Out

Penn stated “Biden has a big liability with Hunter Biden’s business revelations,” continuing “the laptop is seen as genuine (58%), the majority thinks Biden was part of Hunter’s business interests (58%) and that Hunter sold influence and access to Joe Biden (60%). If these are found to be true, 67% believe they are an impeachable offense for Biden.”

Given these realities, it’s no surprise that only 37% of people in the poll support Biden running for reelection in 2024.

Free-speech supporters were outraged when they learned of Twitter’s unlawful suppression of the Hunter Biden laptop story right before the 2020 election, and some surveys suggest it may have been decisive in Biden’s victory. The New York Times and other publications are only now revealing that the laptop story is true, and we’re learning more about Hunter Biden’s colleagues’ scores of visits to the Obama-Biden White House. When billionaire Elon Musk bought Twitter this week, free speech activists rejoiced, with promises of more balanced content treatment on the social media behemoth.

The poll also revealed that “57% favor Elon Musk buying Twitter and voters are split on whether the platform acts fairly when shutting down inappropriate speech or whether it works to censor conservative speech.”

This is terrible news for Democrats all around.

Not only are more people seeing the real corruption surrounding the Biden family, but they’re also seeing how unethical it was that they suppressed this information before the 2020 election.

The people are waking up, and the left has to be pretty scared about it… Joe Biden most of all.