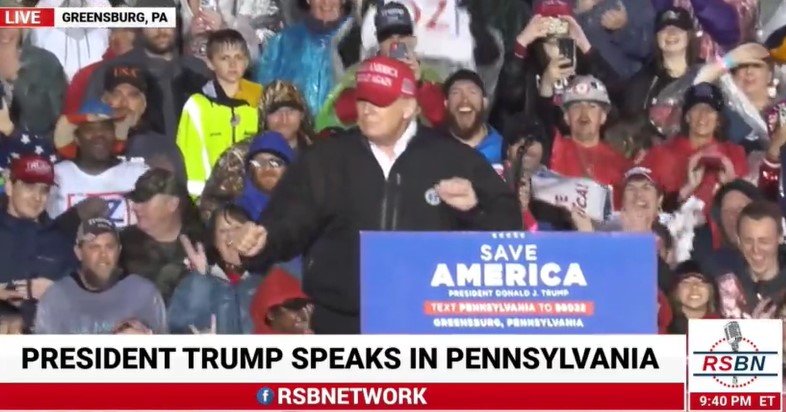 Tens of thousands of brave patriots are braving the cold rain and standing in mud for hours to see their favorite President deliver remarks tonight in Greensburg, Pennsylvania.

As The Gateway Pundit previously reported, President Trump will screen Dinesh D’Souza’s new documentary, 2000 Mules, which exposed the criminal organization that stole the 2020 election during the rally. Dinesh spoke at the rally tonight and confirmed to the audience that, “Trump won the 2020 election!”

After President Trump finished his speech he danced his way off stage to “Hold On! I’m Coming!”

The post DRAGON ENERGY: Trump Dances Off Stage at PA Rally to “Hold On! I’m Coming!” and It’s AWESOME! (VIDEO) appeared first on The Gateway Pundit.