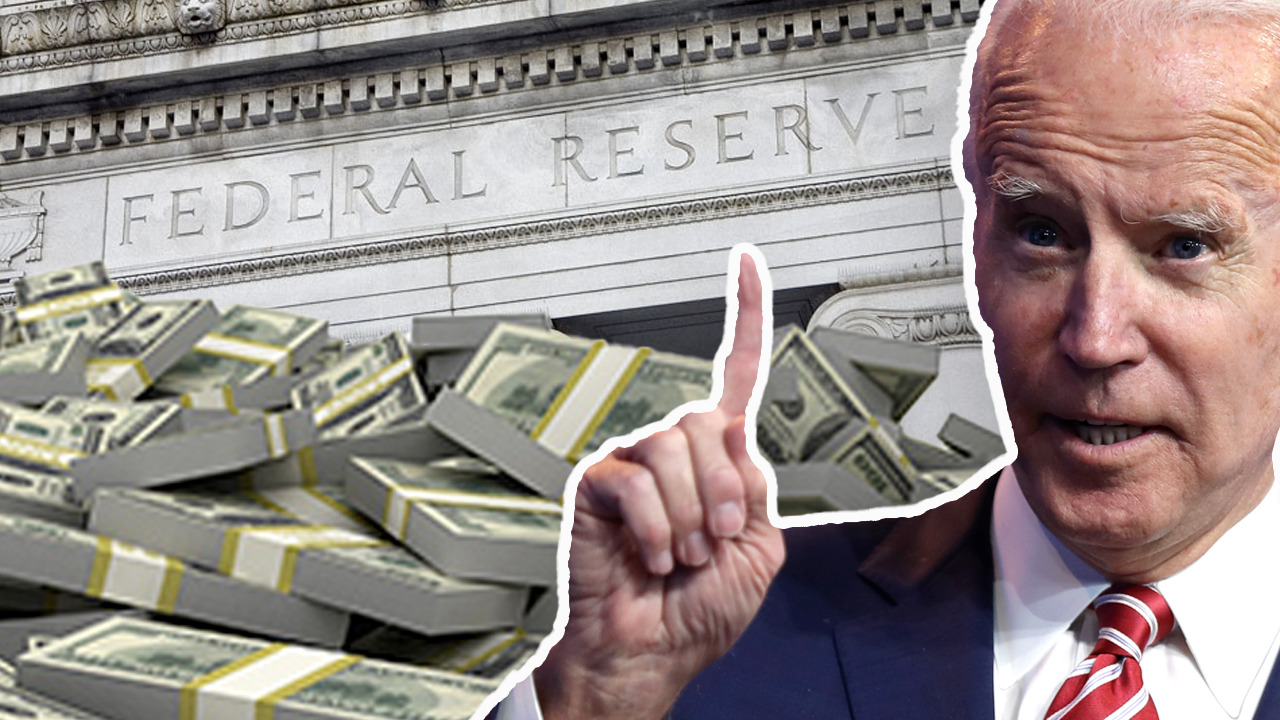 Although the Treasury Department predicts a $1.5 trillion decrease in this year’s budget deficit, the reason for the smaller deficit is up for debate.

During the height of the pandemic, the United States pumped trillions of dollars into the economy under former President Donald Trump to lessen the impact of Covid-19 lockdowns and to develop and manufacture vaccines, masks, and other protective gear for health-care workers and others.

President Biden: “I reduced the federal deficit. All the talk about the deficit from my Republican friends, I love it. I’ve reduced it $350 billion in my first year in office. […] I don’t want to hear Republicans talk about deficits and their ultra-MAGA agenda.” pic.twitter.com/rhbBkja5E1

Even as the Biden administration works with Sen. Mitt Romney, R-Utah, on legislation providing an additional $10 billion in Covid relief, the federal government will save money by ending these pandemic-era programs.

Democrats have been unable to pass Biden’s massive Build Back Better transportation and technology infrastructure program, which is not included in the president’s more modest budget proposal. It was calculated that the administration’s plan would cost around $1.75 trillion, but some programs that would have remained in place for the long term were gradually phased out. The Congressional Budget Office estimated that if the programs were to remain in place, they would cost $4.73 trillion over their lifetime.

Significant tax increases on high-income households would have been part of the plan as well.

This fiscal year, we are on track to cut the federal deficit by an additional $1.5 trillion, the largest decline in one year in American history,” announced from the White House.

Deficit reduction and stricter spending controls have become the focus of Biden’s economic strategy in recent months, as dozens of his fellow Democrats face close midterm elections that will determine the composition of Congress in the final two years of his first term.

At this time, the White House is looking for ways to sympathize with and assist voters who are enduring skyrocketing inflation rates, which haven’t been this high in more than 30 years.

By cutting federal borrowing and preventing inflation, he said. There are many ways to reduce inflationary pressures in an economy that has been rocked by war and rising gas prices. “It’s a different world now because of Ukraine and Russia,” says one economist.

Fed, the nation’s central bank, will raise interest rates by a substantial half-percentage point later on Wednesday in an effort to curb annual inflation of over 8 percent, the Fed announced today.

Sen. Joe Manchin, a conservative Democrat from West Virginia and a key swing vote on major spending measures during Biden’s presidency, places a high priority on cutting the deficit.

Despite the fact that austerity may be appealing to Manchin, it’s unclear whether Democratic voters, many of whom elected Biden because of his commitment to climate and infrastructure policy, will feel the same way.