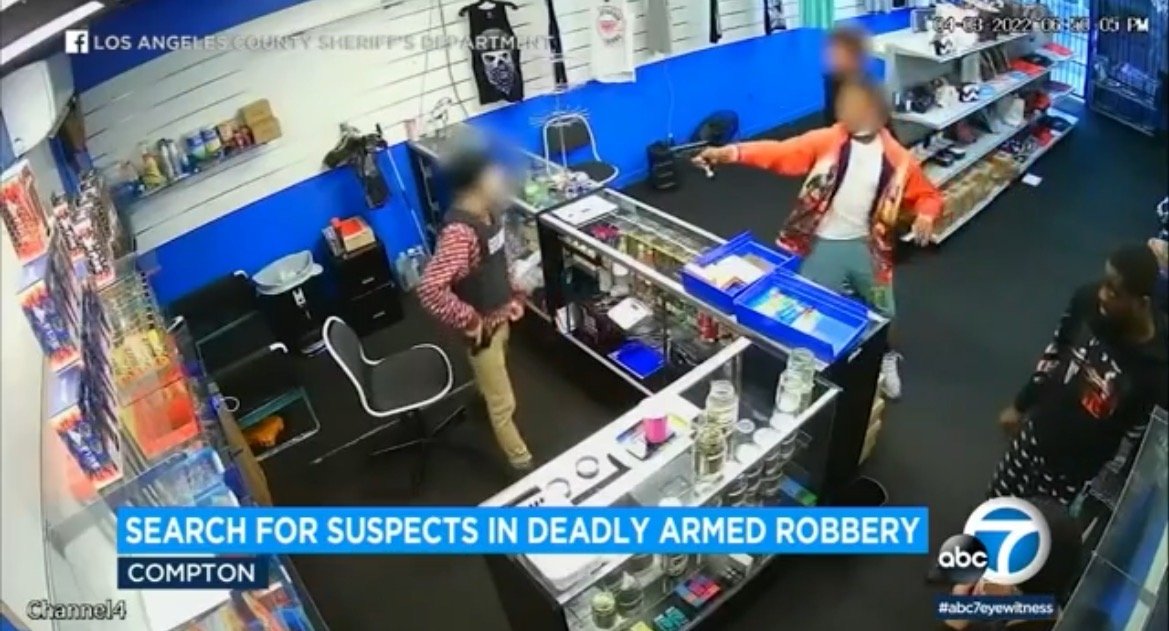 Compton, California – One person is dead after a gunfight broke out in a smoke shop between an employee and armed robbers Tuesday night.

Police are looking for two suspects (pictured below) wanted in connection with the armed robbery at the “Smoke Shop” in the 1500 block of S. Wilmington Avenue, Fox LA reported.

Kahlel Lundy, 23, and Keith Rachel, 21 are wanted for murder. One robbery suspect hit by gunfire died at the hospital.

Authorities are searching for two suspects wanted in connection with an attempted armed robbery of a smoke shop in Compton that resulted in the death of a man.

It happened Tuesday evening at the “Smoke Shop” located in the 1500 block of S. Wilmington Avenue.

According to the Los Angeles County Sheriff’s Department, four suspects entered the shop and pointed their handguns at an armed security guard inside. That’s when the security guard withdrew his handgun and a shootout between the suspects and the guard ensued, officials said.

The suspects fled the scene and about 30 minutes after the “botched robbery,” one of the suspects was dropped off at a local hospital for treatment of a gunshot wound injury sustained during the shootout, authorities said. That suspect died at the hospital.

The security guard sustained gunshot wounds to his face and neck but was treated at a hospital and released, according to officials.

The post One Dead After Gun Fight Breaks Out in SoCal Smoke Shop (VIDEO) appeared first on The Gateway Pundit.