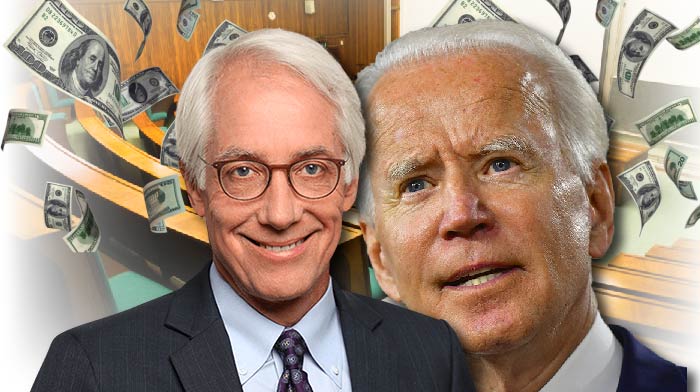 What exactly is Joe Biden doing talking about canceling all this student loan debt, when he doesn’t have the authority to do it?

He wants people talking about how he plans to cancel student debt, while everyone’s up in arms over Roe v Wade SCOTUS leak… it could get base back on his side for a while… at least through midterms.

Because according to Obama’s former lawyer, Biden lacks the “authority” to cancel student debt.

Washington Free Beacon reported that Joe Biden lacks the authority to execute his plan to have the government take on hundreds of billions of dollars in student loan debt, top Obama administration education lawyer Charles Rose warned on Wednesday.

Rose, who served as the Education Department’s general counsel from 2009 to 2011, wrote in a memo for his law firm that “the Executive Branch likely does not have the unilateral authority to engage in mass student debt cancellation,” the Wall Street Journal reported. If Biden enacts the plan, courts will likely overturn it, Rose said.

Biden said last week that he is considering mass student debt cancellation. The White House has not given many details about its plan, though the president has said that any cancellation would be less than the $50,000 sought by some Democrats, including Senate Majority Leader Chuck Schumer (N.Y.), Sen. Elizabeth Warren (Mass.), and “Squad” member Ayanna Pressley (Mass.). The president is “more comfortable with debt cancellation in the range of $10,000,” the Journal wrote.

Experts say student loan cancellation would benefit the wealthiest students “while leaving behind, or perhaps even draining from, the neediest,” the Washington Free Beacon reported. The top 40 percent of wage earners carry more than half of all student loan debt.

Rose’s worries about the legality of cancellation are strikingly similar to concerns that Biden sounded last year.

“I don’t think I have the authority to do it by signing with a pen,” the president said at a CNN town hall.

Speaker of the House Nancy Pelosi (D., Calif.) has made similar arguments.

“People think the president of the United States has the power for debt forgiveness,” Pelosi said last July. “He does not.”

Joe will drag this out, until after midterms, when he’ll announce that it can’t be done.

He’s hoping he can fool enough young people who will get back on board and support him and the Dems in 2022.