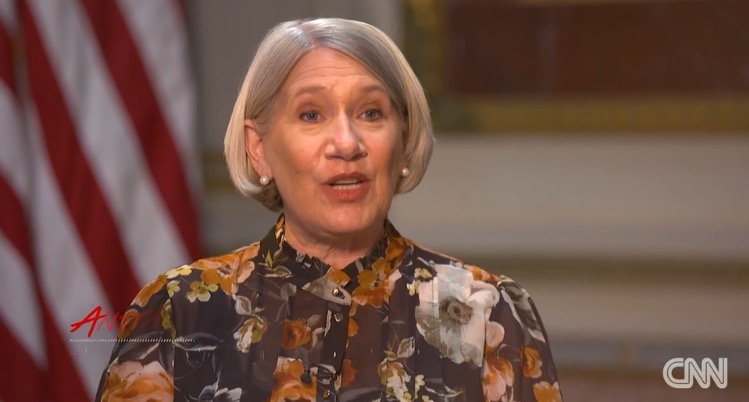 “Anita Dunn will return as a senior advisor,” the Biden White House announced on Thursday.

“Anita Dunn is one of the nation’s top communications and political strategists, and is a close advisor to President Biden. She recently served as a Senior Advisor to President Biden, and is currently a partner and founding member of SKDK. She brings decades of experience advising Presidents and senior Democrats. She served as a chief strategist to President Obama as a senior campaign advisor and as the White House Communications Director. She has also worked in leading roles for Tom Daschle, Bill Bradley, and Evan Bayh.” the White House said.

CNN suggested Joe Biden is bringing Anita Dunn back into the fold to help him with the onslaught of investigations the GOP has promised to launch if they win back the House.

One of Biden’s closest advisers, Anita Dunn, is expected to return to the West Wing. Dunn, a veteran Washington consultant and prominent member of Biden’s inner circle, previously worked in the administration on a short-term basis that exempted her from financial disclosures. While the details of her return are still being finalized, Dunn is expected to return in a full-time capacity this time, sources familiar with the matter say.

Dunn is expected to begin her formal work back in the administration long before the midterms. While her return is not solely because of potential oversight investigations into Biden and his policies, she is known as one of his fiercest defenders and political strategists, as the White House intensifies its role in Democratic House and Senate campaigns.

Anita Dunn is a radical leftist who previously praised mass murderer Mao Tse Tung as one of her “favorite political philosophers.”

Mao Tse Tung murdered up to 70 million Chinese last century, according to most accounts.

Anita Dunn is a longtime Biden advisor and worked as the Obama WH Comms Director until she stepped down in 2009 shortly after the video of her praising Mao surfaced.

The post Mao Lover Anita Dunn to Return to West Wing as Regime Braces For GOP Investigations of Joe Biden appeared first on The Gateway Pundit.