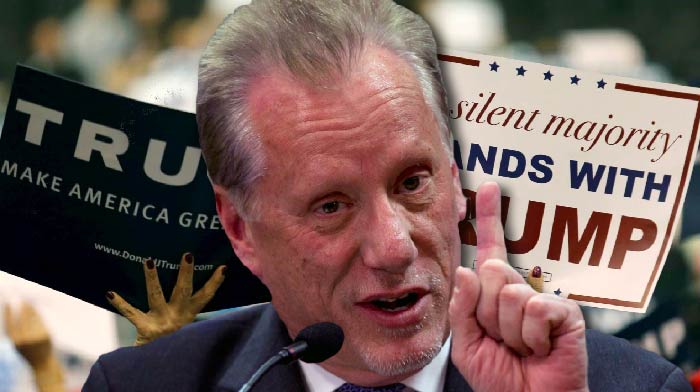 I am so happy to see James Woods back in the battle. This is a guy we need by our side.

He’s common sense, articulate, and quite a fighter.

It’s understandable why he took a step back from politics, the 2020 election did a number on a lot of us, but as we get closer to 2022, it’s an “all hands on deck” moment, and it looks as if James is rising to the occasion.

I’ve noticed he’s been more engaged in politics and social issues lately, but this latest tweet of his — which went mega-viral — is the first real “battle” cry we’ve seen from him since before the 2020 election.

Woods actually share a screenshot of a horrific tweet I did a story on a few days ago.

MORE NEWS: Many Americans Asking Why The Heck Jill Biden is On Her Way to Romania Right Now…

It’s from a “loving liberal” D-list actress named Amber Duarte, who deleted her Twitter account recently after she posted a tweet suggesting all black men are “rapists.”

However, back in 2016, she wrote another doozy of a tweet about President Trump that has gotten a lot of attention for all the wrong reasons.

It’s one of the most disturbing things you’ll ever read.. and clearly, the vulgar and violent tweet made an impression on James Woods…

Here’s what James Woods said: “It’s almost as if half the country is at war, and the other half is asleep. Time to wake up, folks.”

It’s almost as if half the country is at war, and the other half is asleep.

Time to wake up, folks. pic.twitter.com/5ezFrvDb2g

That is James Woods sending a loud and clear message to anyone who’s part of the Silent Majority who’s still sleeping to WAKE UP.

I think the Silent Majority has gotten a helluva lot louder lately, but we still need more.

If all of us took a strong stand for decency, common sense, and wholesome Christian values, we’d shut down this demonic progressive, communist nonsense in .2 seconds.

This is a spiritual war. It truly is good vs evil.

So, James is right — the left treats this as “WAR,” and many on the right are still taking a nap.

We need everyone who believes in freedom, decency, and the Constitution to let their voices be heard, get involved, and stand up for what’s right.

We’ve had enough time to snooze and take the so-called “high road” and now it’s time to suit up and fight, with our hearts, our voices, our votes, and our wallets.