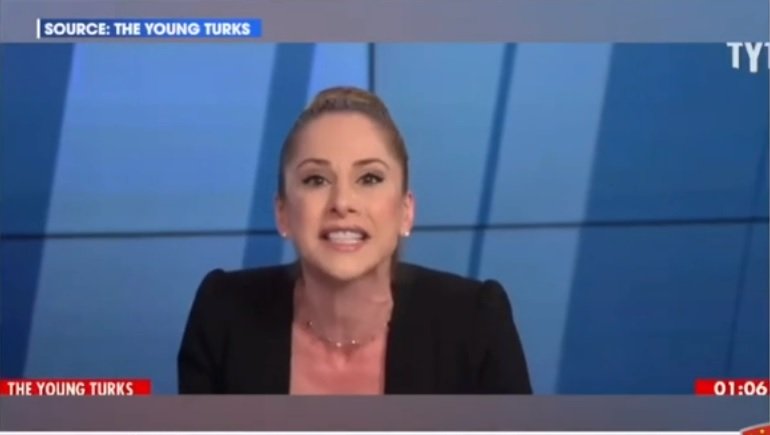 The far-left freaked out after a Supreme Court insider leaked that the court was going to overturn the Roe v. Wade decision.  Steve Bannon shared a video from the Young Turks and responded to the noise.

Ana Kasparian of The Young Turks, a radical left website, had a meltdown over the news.  In her tirade, Kasparian rightly accused the Democrat politicians of being more interested in enriching their pockets than addressing the many issues facing Americans.  She said she was done with the loser Democrat Party.

Then she went off about the costs of child care for working couples.

Bannon capitalized on this and highlighted it on The War Room yesterday.

The New York Post wrote about the rant as well:

A progressive Democratic commentator blasted the party for not doing enough before to prevent the Supreme Court from potentially striking down Roe v. Wade, saying she is “done” with her fellow members.

“Young Turks” co-host Ana Kasparian on Tuesday bashed her own party after a draft opinion from the Supreme Court was leaked that indicated plans to overturn the 1973 landmark abortion ruling.

“If we’re going to sit around and wait for our elected lawmakers to protect us from these religious zealots and these right-wing authoritarians, man, we have another thing coming,” said “Young Turks” co-host Ana Kasparian on Tuesday.

“How many times do we need to be disappointed by them? I’m done with them.”

Kasparian clarified that she does not speak for everyone at the network before repeating, “I’m done with them.”

Things are so bad for the Biden Administration that even far-left nutters are livid and jumping ship.

The post Far-Left Melts Down Over Roe v. Wade Leak – Bannon Responds on The War Room (VIDEO) appeared first on The Gateway Pundit.