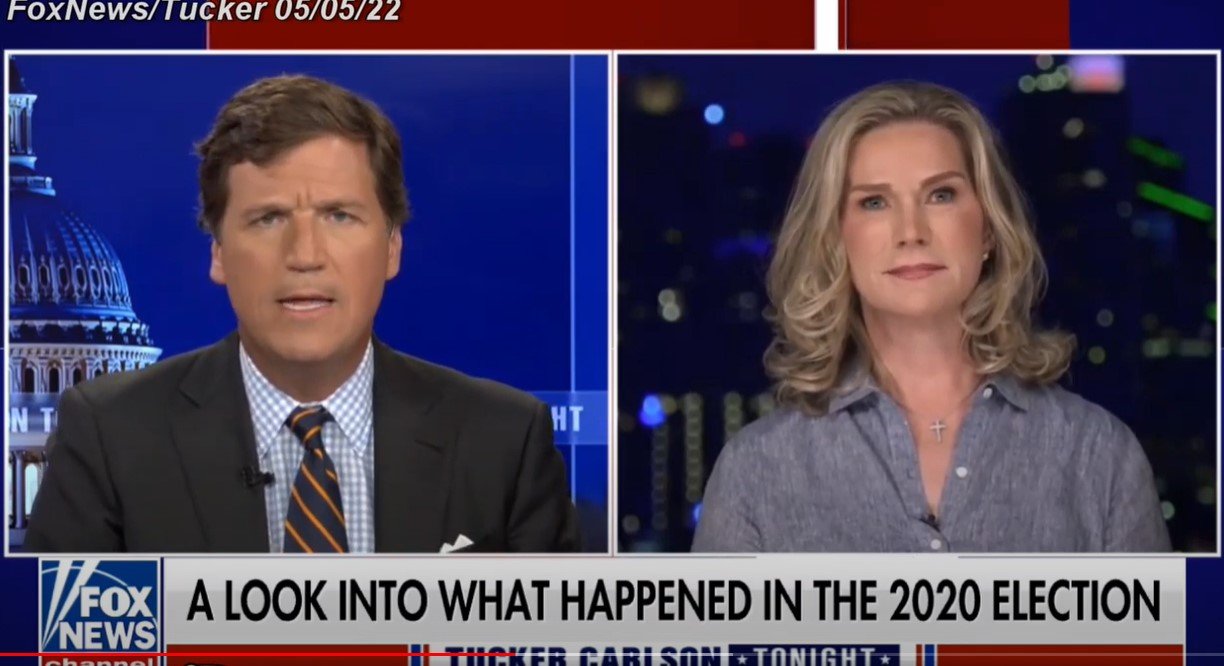 True the Vote founder Catherine Engelbrecht joined Tucker Carlson on Thursday night. This was after the premiere of Dinesh D’Souza’s “2000 Mules” on Wednesday at Mar-a-Lago. In the film, Dinesh D’Souza and True the Vote provide answers and evidence of the stolen 2020 Election from President Trump.

We also know from our sources that Democrat PACs were involved in every state in the ballot trafficking operations. This was a planned, organized, and well-coordinated conspiracy in battleground states. If we had a functioning, nonbiased FBI or DOJ they would have been investigating this criminal activity back in 2020 when the ballot stuffing accusations were first reported. But we don’t.

We now know from investigators Catherine Engelbrecht and Gregg Phillips that roughly 7% of mail-in ballots in each state were trafficked. Without those stolen votes, Joe Biden would have lost the election.

Democrats got caught. The election was stolen. Joe Biden is an illegitimate president.

For weeks now The Gateway Pundit team has been wondering how the Democrat Party and their media outlets would respond to this devastating news. So far the party has been silent. They really don’t have a way out of this. They’ve been caught and there is evidence of their illicit acts.

FOX News has also been a huge disappointment.  Through Wednesday there was NO MENTION of “2000 Mules” on their website or on the channel.

On Thursday night Tucker Carlson was first to cross the line and interviewed elections expert Catherine Engelbrecht on her historic investigation of the 2020 ballot trafficking conspiracy.

During the interview, Catherine made several important statements.

Catherine reported that the average ballot trafficker made 38 stops at far-left PACs, the ballot hubs or stash houses, and the ballot boxes.

The average ballot trafficker made 38 TRIPS to drop boxes.

And it’s on tape! pic.twitter.com/Jyt0javmSu

And then more importantly Catherine later made this explosive statement: That the outcome of the 2020 election “would have been different” if Democrats had not used ballot traffickers.

“Based upon our data, 2020 was — beyond question — that outcome would have been different.” pic.twitter.com/5AmhydENBH

Tucker ignored this statement. That was disappointing.

But kudos to Tucker Carlson for having Catherine on his show, after the release of the movie “2000 Mules”. A FOX News first!

For those watching the segment, there was video of alleged ballot traffickers stuffing the ballot boxes running on the side of the screen during the segment.